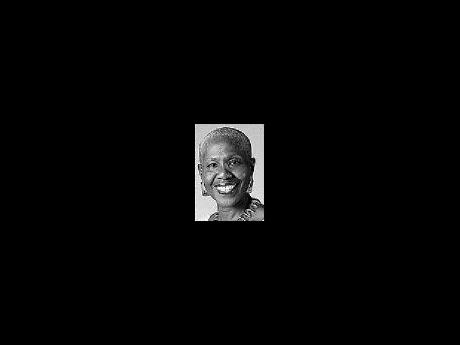 The National Water Commission (NWC) routinely reminds us that 'water is life.' Yet the commission is callously cutting off the lifeblood of Kingston by aiding and abetting short-sighted 'developers' - both public and private sector - who are carelessly converting acres and acres of supposedly protected government lands into house lots. Lands right up against the Mona reservoir are prime targets for exploitation.

The Long Mountain range is the primary watershed for the reservoir. The National Water Commission's website reveals that the 1939 design of the reservoir "envisaged a basin with a capacity of 700 million gallons flanked by the Long Mountain on one side, the remaining three sides being enclosed by an earthen embankment about 35 feet high".

In this context, the word 'flanked' signifies protective fortification. You would think that every effort would be made to maintain the integrity of the watershed. Instead, housing developments on Long Mountain are weakening the reservoir, making it extremely vulnerable to contamination.

The latest threat to Kingston's water supply comes from the Housing Agency of Jamaica. Its proposed Beverly Hills development consists of 20 acres of National Water Commission land, directly opposite the reservoir, on the main road to the Long Mountain Country Club.

The 20 acres are to be subdivided into 60 house lots of approximately one-quarter of an acre each. The remaining five acres are to be used for recreation and to construct essential infrastructure such as the lift station to transport the accumulated waste from the development.

The self-proclaimed mission of the NWC is to "provide the highest-quality potable water and wastewater services, maintain good working conditions and good corporate citizenship while protecting the natural environment and contributing positively to national development". It seems as if the NWC is being forced to choose between protecting the environment and contributing to national development.

It's not as if we don't know the risks of invasive development. The Long Mountain Country Club is an excellent example of the victory of greed over common-sense. The 2000 executive summary of the final report on the environmental impact assessment of that massive housing project clearly outlined the potential threats to the Mona reservoir.

The report highlighted the risk of an estimated 50 per cent increase in surface runoff from the site, warning that if the runoff got into the reservoir, it could "negatively impact the water quality". The assessment also underscored the importance of protecting the four wells at the foot of Long Mountain which could be contaminated by the development: "This is of primary concern because the National Water Commission has plans to utilise these wells to meet the supply deficit in the Kingston Metropolitan Area."

The report documented the risk of soil erosion as a result of "removing vegetative cover to facilitate construction". It advised that "a build-up of sediment reduces the capacity of the reservoir and could also clog pipes and drainage outlets, increasing the maintenance cost of the reservoir to the National Water Commission".

The Beverly Hills development that is now being pushed by the Housing Agency of Jamaica was also the subject of the 2000 environmental impact assessment. Again, the risk to the reservoir was highlighted: "Additional storm water will be discharged into existing drainage channels to increase erosion on the lower slopes facing the reservoir, particularly where the extensively fractured and fragmented rock is loosely attached to the fine grain matrix and, therefore, highly erodible. From field observations, there are a number of drainage channels on the lower slope that are capable of carrying storm water laden with sediments directly into the reservoir during periods of high rainfall."

One hell of a mess

The problem of sewage from the new Beverly Hills development was also emphasised: "Leaking from a failed joint under normal conditions or increased leaking from a partially blocked sewer should be considered, as these leaks over time could reach the surface through the fractured rocks found in the project site area. The exposed sewage can then be transported via rainfall to lower regions of the development or the Mona Reservoir. Therefore, the risk of sewage being washed into the reservoir or the wells at the foothills of the Long Mountain cannot be totally eliminated."

The environmental impact assessment also raised the matter of the possibly uneven pace of development of the lots and the resulting effect on sewage: "The situation may be created where a small number of houses in a remote location of the site will not offer sufficient sewage outflow even at peak flows for the sewer pipes to be self-cleaning. The expected solids consisting of faeces, paper, condoms and other disposal materials may not have sufficient water for transport to the lift station."

The report cautions that low sewage flows would "lead to septic sewage formation in the pump well, creating odour problems". In addition, "[t]he discharge from the force mains may also be septic as it may have an additional hour or more of retention in the pump main because of periods of low flow. The odour in the collecting manhole could be very offensive". If it is allowed, this new Beverly Hills development will be one hell of a mess.

The twin problem of overdevelopment and environmental degradation is not an issue only for those who live in areas of immediate impact. In the case of the Long Mountain watershed, the entire city of Kingston and its environs are going to suffer if our water supply is contaminated by sewage. We must demand accountability on the part of government agencies that are supposed to preserve the collective heritage of the entire nation.The private interests of the potential 'owners' of 60 lots of protected government lands count for absolutely nothing.