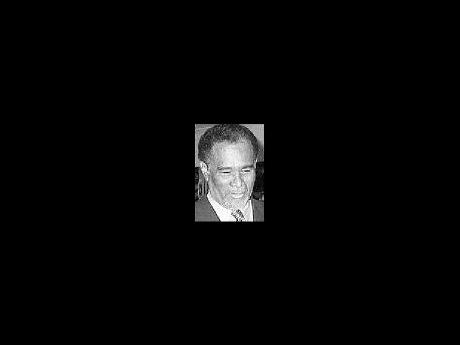 So damaging and traumatic has been the 'Great Recession' of 2009 that not even the adage about crisis and opportunity has been much of a salve for the near 20 million people out of work in the United States and the huge number of families hit by mortgage foreclosures. The angry response to the harsh economic environment (not ignoring Republican agitation) was evident in the loss last week by the Democrats of the 'safe' Senate seat in Massachusetts following defeats in governor's races in New Jersey and Virginia last November.

In Britain, the incumbent Labour Party also suffered humiliating defeats in both parliamentary by-elections and local government contests held last year primarily because of the gloomy economic situation. And the mood of British electors is not likely to improve any time soon, especially as the economy is still sliding, leaving it as the last in Europe to begin the climb out of recession. Not surprisingly, the party which has held office for nearly 13 years seems set to go down badly in general elections due by mid-year.

Yet, for people who have managed to hold on to their jobs, have maintained reasonably good credit scores and can therefore gain access to new loans, the reduced interest rates arising from the loosening of monetary policy represents an opportunity. Indeed, long-term fixed mortgage rates and variable rates in the US and other leading economies are, in fact, well below where they were in 2007 and even early 2008 before central banks were forced to cut rates drastically to stave off collapse of the financial system. Thus, significant savings on interest payments are being realised by some people, and businesses are refinancing their debt as well as raising fresh equity.

This has been happening, too, in the more stable developing or emerging economies which were in strong enough positions fiscally to relax monetary policy as part of measures to stimulate domestic activity when the global crisis struck. Barbados and Trinidad and Tobago are examples in the Caribbean region, and several Latin American economies were also able to implement stimulative economic measures. While for various reasons, including a less stable macroeconomy, Jamaica did not relax monetary policy, we have benefited from the sharp reduction of international interest rates through borrowings from the World Bank and Inter-American Development Bank (IDB).

In practice, the interest rates which we pay on loans from these institutions are mostly pegged to rates on the capital markets from which they raise funds for on-lending to member countries. The London Interbank Offered Rate (LIBOR) is one such critical reference which is used and which reflects credit conditions in global markets. LIBOR, which is quoted for one-month, three-month, six-month and 12-month periods, has undergone dramatic shifts since 2002. For example, the frequently used six-month LIBOR, which stood at 1.16 per cent in June 2003, rose to as high as 5.63 per cent in June 2006, reflecting tighter monetary policy in the US and elsewhere.

As recession set in, the rate fell to 4.82 per cent by December 2007, and with central banks stepping up their rate cutting to fight the economic downturn, six-month LIBOR dropped to 3.34 per cent by September 2008. More radical interest-rate cuts by the US Federal Reserve and other central banks to counteract the financial meltdown then led to a plunge in LIBOR to 0.45 per cent by December 2009 as against 5.63 per cent in June 2006. Because of these record low rates and the access of the World Bank and IDB to the capital markets, their costs of funds are at levels unheard of two and a half years ago.

Meanwhile, lending by the IMF has also been expanded to meet demand for greater liquidity support and balance-of-payments difficulties. Member countries are able through the fund's short-term liquidity and precautionary facilities to gain access to resources that were not available before the crisis. And they have, too, been allocated US$250 billion of special drawing rights to boost their international reserves. The IMF's interest rate (rate of charge), which is linked to rates in major international money markets, has also dropped sharply to as low as a fifth the level of early 2007 before the economic downturn began. Again, the crisis has made possible access to levels of borrowing and on terms that did not exist prior to the current global economic crisis.

As I have previously indicated (December 27, 2009, article), the 'Great Recession' punctured the commodity bubble that sent oil and other commodity prices skyrocketing between 2004 and mid-2008. In Jamaica's case, the plunge in oil prices resulted in dramatic savings in the oil bill and welcome improvement in our balance of payments in 2009, even as our bauxite industry suffered a huge decline in earnings.

So while the crisis has hurt us badly, cheaper borrowing costs and lower oil prices have provided some breathing space for the economic restructuring that is necessary for sustained growth and development.