The hate and the quake 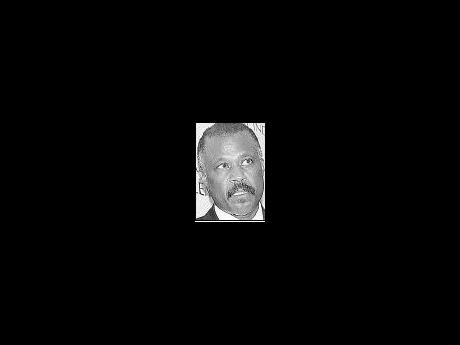 The following is an excerpt from an article published in the Barbados Nation newspaper last Sunday.

For too long there has been a popular perception that somehow the Haitian nation-building project, launched on January 1, 1804, has failed on account of mismanagement, ineptitude, corruption.

Buried beneath the rubble of imperial propaganda, out of both Western Europe and the United States, is the evidence which shows that Haiti's independence was defeated by an aggressive North-Atlantic alliance that could not imagine their world inhabited by a free regime of Africans as representatives of the newly emerging democracy.

The evidence is striking, especially in the context of France. The Haitians fought for their freedom and won, as did the Americans 50 years earlier. The Americans declared their independence and crafted an extraordinary constitution that set out a clear message about the value of humanity and the right to freedom, justice and liberty.

Could not see beyond race

In the midst of this brilliant discourse, they chose to retain slavery as the basis of the new nation state. The founding fathers, therefore, could not see beyond race, as the free state was built on a slavery foundation.

The water was poisoned in the wells; the Americans went back to the battlefield a century later to resolve the fact that slavery and freedom could not comfortably coexist in the same place.

The French, also, declared freedom, fraternity and equality as the new philosophies of their national transformation and gave the modern world a tremendous progressive boost by so doing.

They abolished slavery, but Napoleon Bonaparte could not imagine the republic without slavery and targeted the Haitians for a new, more intense regime of slavery. The British agreed, as did the Dutch, Spanish and Portuguese. All were linked in communion over the 500,000 blacks in Haiti, the most populous and prosperous Caribbean colony. As the jewel of the Caribbean, they all wanted to get their hands on it. With a massive slave base, the English, French and Dutch salivated over owning it - and the people.

The people won a 10-year war, the bloodiest in modern history, and declared their independence.

Haiti was isolated at birth - ostracised and denied access to world trade, finance and institutional development. It was the most vicious example of national strangulation recorded in modern history.

Then came 1825; the moment of full truth. The republic is celebrating its 21st anniversary. There is national euphoria in the streets of Port-au-Prince.

The economy is bankrupt; the political leadership isolated. The Cabinet took the decision that the state of affairs could not continue.

The country had to find a way to be inserted back into the world economy. The French government was invited to a summit. Officials arrived and told the Haitian government that they were willing to recognise the country as a sovereign nation but it would have to pay compensation and reparation in exchange. The Haitians, with backs to the wall, agreed.

The French government sent a team of accountants and actuaries into Haiti in order to place a value on all lands, all physical assets, the 500,000 citizens who were formerly enslaved, animals, and all other commercial properties and services. The sums amounted to 150 million gold francs. Haiti was told to pay this reparation to France in return for national recognition.

The Haitian government agreed; payments began immediately. Members of the Cabinet were also valued because they had been enslaved people before independence.

Thus began the systematic destruction of the Republic of Haiti. The French government bled the nation and rendered it a failed state. It was a merciless exploitation that was designed and guaranteed to collapse the Haitian economy and society.

Haiti was forced to pay this sum until 1922 when the last instalment was made. During the long 19th century, the payment to France amounted up to 70 per cent of the country's foreign-exchange earnings. Jamaica today pays up to 70 per cent in order to service its international and domestic debt. Haiti was crushed by this debt payment. It descended into financial and social chaos.

When the Americans invaded the country in the early 20th century, one of the reasons offered was to assist the French in collecting its reparations.

The collapse of the Haitian nation resides at the feet of France and America, especially. These two nations betrayed, failed, and destroyed the dream that was Haiti; crushed to dust in an effort to destroy the flower of freedom and the seed of justice.

Haiti did not fail. It was destroyed by two of the most powerful nations on earth, both of which continue to have a primary interest in its current condition.

The sudden quake has come in the aftermath of summers of hate. In many ways the quake has been less destructive than the hate. Human life was snuffed out by the quake, while the hate has been a long and inhumane suffocation - a crime against humanity.

During the 2001 United Nations Conference on Race in Durban, South Africa, strong representation was made to the French government to repay the 150 million francs.

The value of this amount was estimated by financial actuaries as US$21 billion. This sum of capital could rebuild Haiti and place it in a position to re-engage the modern world. It was illegally extracted from the Haitian people and should be repaid. It is stolen wealth. In so doing, France could discharge its moral obligation to the Haitian people.

Sir Hilary Beckles is pro-vice-chancellor and principal of the Cave Hill Campus, University of the West Indies.