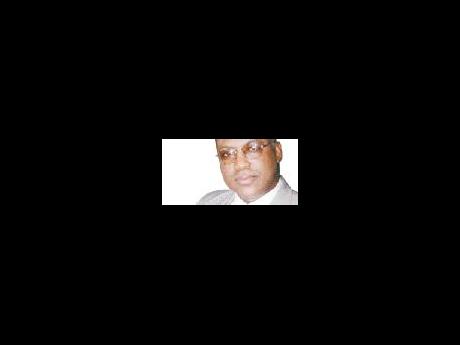 We can now end the debate about the debate - or non-debate. The People's National Party (PNP) has decisively lost that round in the media and in the court of public opinion. How will the party fare on Tuesday when the real debate, for which it can no longer plead insufficient preparation time, begins?

I have been stressing, to the annoyance of party fanatics on both sides, that there is very little policy difference between the PNP and the ruling Jamaica Labour Party (JLP). This debate will bear that out, histrionics, theatrics, spinning, shadow boxing and blindsiding aside. The PNP has no "alternative" to the JLP's International Monetary Fund (IMF) economic policy framework.

But one could well have a "so what?" to my point. What if there are really no fundamental policy differences and our real choice between the two parties comes down to which one can manage the neoliberal economy better; which has a better, more competent team and which party's leadership style and approach to governance is best able to galvanise the energy of the people for development? So, it's good that our parties are agreed on the fundamentals of economic policy, but issues of equity, justice, working and middle-class advocacy and approach to governance are significant enough for us to choose one party over the other. Fine.

But let us acknowledge that up front rather than pretend that there is some silver bullet which continues to elude one party but which the other has secured. The PNP can approach the debate by telling us how incompetently and disastrously the JLP has managed this global economic crisis; how the 'driva' was asleep at the wheel while the bus was careening into a ditch; that he has severely damaged the vehicle and now wants us to applaud him for his securing a big loan to fix it.

The PNP can sharply criticise Driva's 'ducta', and their mechanics (the technicians); talk about how their poor handling of the bus made them powerless in negotiating for the repair loan, and how they acted too late to negotiate the deal with certain 'passengers'.

The opposition party can have a ball telling all the alleged errors and mis-steps the JLP has made since 2007; making the point, as I heard one apologist say on radio last week, that the Government found interest rates at below 12 per cent when they took office, shot it up to 25 per cent and now they have dragged down Jamaica's credit rating and jeopardised our future by "defaulting on the debt" for interest rates to reach where the PNP left it!

The PNP can make all these points and many more on Tuesday afternoon, into the night. But even if they were absolutely correct in every criticism made against the Government, the point is we are where we are and if we were to get fed up of Golding and decide to "tek it to him and his Government" and force his hand to call elections, the PNP would have to deal with current realities and take us from here.

The same way it is futile for the JLP to tell us every day what the PNP did wrong for 18 and a half years (though we can't discount the past), it would be futile for the PNP to present itself as an alternative simply on the basis that the JLP has performed miserably since September 2007. To Golding's credit, he has carefully and almost consistently resisted the urging of partisans to "tell the people what state you found the county in after 18 years of PNP mismanagement." This Driva has concentrated not on the rear-view mirror.

So here are the issues: Is it a good thing or not that the Government has finally found a way to deal with the country's crippling debt burden which reached 135 per cent of GDP at the end of last year? Yes, we know it is not a perfect deal and that there are serious issues for pensioners and others but is it better than what we had before or worse? If it is worse, what better strategy would the PNP propose for giving us this level of breathing space from our suffocating debt?

Mentioning that it is not a problem-free deal does not take us anywhere. We don't live in an ideal world and to every very solution there are indeed problems. What better could have been done? That the PNP must tell us on Tuesday.

Is it not a good thing that after many years of our off-Budget entities gobbling up huge sums of taxpayers' dollars, that they will finally be reined in or dispensed with according to the Letter of Intent to the IMF? I myself had earlier raised some questions about the proposed Fiscal Responsibility Framework but, having seen some of its terms in this letter, I am less apprehensive.

The Fiscal Responsibility Framework will be "enshrining the principle of no spending without prior budget appropriation and requiring approval by Parliament for the budget of each 'self-financed public bodies" This is long overdue and should be supported by all. The Government's attempts to have a low interest rate, low inflation, stable exchange rate and efficient, restructured public-sector model has to be commended and is long overdue. Government's finding a way to share the burden of sacrifice for Jamaica's future through this debt exchange is commendable.

Ironically and inexplicably - but I should not be so naïve by using those words - some of the very persons who were loudest that the rich should share the burden and that the banking sector, in particular, must be made to make some sacrifice are some of the loudest and most vociferous now opposing the debt exchange!

I was not in support of a liquidity management programme (an earlier euphemism) because of my knowledge of how the credit agencies would react but, having seen that they downgraded Jamaica even before the deal and that the worst had occurred; and having seen that the brokers for international capitalism were split, with the influential and market-respected Washington Consensus institutions in support of this debt exchange and can counterbalance the credit rating agencies; I can now freely support it.

Indeed, as a globalist I am for a much greater and more formal debt rescheduling for developing countries, as a whole. But I am not for unilateral debt repudiation.

It would be hard to quarrel with many elements in the Letter of Intent in light of the harsh global economic environment in which we are operating and the constricted policy space available to poor, debt-ridden developing countries like Jamaica. People say this impending IMF agreement shows the agency has not really changed, but that's misguided.

The IMF has, indeed, changed in important ways and that is precisely why the Letter of Intent can talk about the social safety net being "significantly" enhanced. The IMF has been pushing for this all over the world. There was a time when that institution did not countenance anything like that.

But we have to realise that the nature of our illness and its stage determine the severity of the medicine. It has nothing to do with whether the IMF has really changed or not. There is no sense in the IMF's giving you money which is going to be wasted and then you are back in a situation where you have to borrow even more money to compensate for your profligacy. Let's be realistic.

It is clear that the Government is meaningfully and strategically addressing some of the major challenges which have faced this economy for decades. But it is a fact that these measures will compress the economy. I believe the Government's inflation targets are too ambitious and are closer to fantasy. The GDP growth rates are also not likely to be met.

The steps outlined in the Letter of Intent are necessary but not sufficient. This laissez-faire notion of just getting the "economic fundamentals" right - having low interest rates and a lower debt profile - and people will start investing, will prove a grave misperception.

The Government needs to use some of that $40 billion saved to stimulate the economy - particularly by making investments in the small-business sector. I mean providing real development banking to small and medium-sized business operators, not the regular announcement of impressive funds which few can take up because of inadequate collateral. You can't leave all entrepreneurs to the "invisible hand" of the market. No, the state must steer some resources their way.

The JLP came to power with the noble intention of creating "jobs, jobs, jobs", but the Government's Letter of Intent gives no explicit indication of a strategy to do so. Foreign investment cannot provide the numbers of jobs needed in this labour-surplus economy.

Government's approach to the matter of job creation is "faith-based". The Government is depending on the "magic" of the market. But this is the problem with neoliberal economic strategy. It consistently underplays employment targeting, while concentrating on monetary policy and fiscal conservatism.

If we don't deal with the employment issue, we are going to risk serious unrest and social strife - especially when robot taxi operators and other hustlers are going to be pressured so JUTC can make money. The 40 per cent increase in fares will pressure the poor, and people in a compressed, depressed economy won't have many employment options. Those laid off will not fare as well as government technocrats Pollyanishly predict.

Managing Jamaica's social crisis and our social deficit will be particularly difficult in this period. It is not enough to protect "the most vulnerable". The working class, lower-middle class and young professionals are going to be under severe pressure. This is where politics is likely to trump sound economics. And where the PNP could win the "debate" outside of Parliament.