The Jamaica Debt Exchange: Many rivers to cross 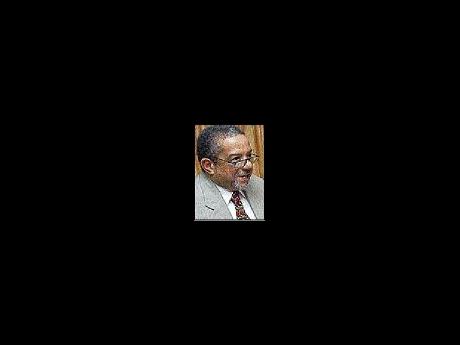 The Jamaica Debt Exchange (JDX) has been floated. Already bolstered by the broad support of bankers and security dealers, there is now an open 'invitation' to the body of domestic holders of Government of Jamaica debt to participate.

The documentation was prepared with professionalism and presented with panache as the essential solution to Jamaica's chronic public-debt overload. Fully subscribed, it is presented as saving some $40 billion (four per cent of gross domestic product) of government debt-servicing expense in the next financial year. This will represent a substantial contribution to reducing the fiscal deficit expected to exceed $90 billion in the current fiscal year. At Jamaica's current economic juncture, (that we had every opportunity not to arrive at) a successful debt exchange would be unambiguously positive in easing Jamaica's fiscal-expenditure overhang. We hope for its success.

While being hopeful of the success of the JDX, there are other pertinent observations that need to be recorded. First, the programme represents a default by the Government of Jamaica on its sovereign-debt obligations, call options notwithstanding. A call option gives the issuer the right to repurchase the security before maturity. It does not give the issuer the right to exchange the security for new securities with diminished terms, i.e. lower interest and extended maturity. With the option of having their securities encashed with accrued interest or retaining existing securities on existing terms being effectively denied to wealth holders, it is effectively a default.

In denial of the reality of default, it has been posited that the exchange is at par i.e. $100 of new securities for $100 of old securities. This is somewhat disingenuous. It is readily apparent that longer maturity and lower interest coupons will unambiguously lower the present value of the stream of returns from the security. The value to the wealth holder is diminished.

The second observation is that the transaction is, as described by Standard & Poor's, coercive. There is an 'invitation' for people to participate. But while this suggests that participation is optional, the invitation letter also says that in fairness to the volunteers, steps will be taken to ensure that the non-volunteers are no better off than the volunteers. This is ominous. What exactly does it mean?

For persons who bought their security, put it in a safe place and can't bother with the paperwork, the hope would be that the intention of Government would be to use taxation or some other means to equalise net returns with those accepted by the volunteers. But with the non-specification of the methodology, the consequences of non-participation may mean more than this. For people without the time, money or inclination to test the tremendous power of the state, it may be a good idea to volunteer.

As we pursue and hope for the success of JDX, we have to be extremely sensitive about the potential impact on market psychology. The banks and security dealers have subscribed on their own account but, ultimately, the success of this or any subsequent debt transaction is dependent on the unqualified support of the general wealth-holding public. The sentiment of this general wealth-holding public is essential for the deepening of financial markets and especially the capacity of individuals and institutions to resell financial assets when they so desire, i.e., they guarantee the liquidity of the instrument and lower the cost of Government-debt issues.

The success of Government external bond issues has even been dependent on this general wealth-holding public where external investment houses canvas local dealers who respond on the basis of their own capacity to sell these instruments to the public. This financial public includes pensioners/pension funds, public servants and small proprietors saving for retirement in an uncertain economic and financial future. (Will there be a lender of last resort for ordinary people?) In the context of JDX that appears unavoidable from a national perspective, it is important that every conceivable step be taken to restore the confidence of non-institutional wealth holders who are having their personal financial planning dislocated.

In this regard, it is important to place in clear perspective the relative weights of patriotism and financial self-interest in a context of factors of production and financial assets that are free to change residence and occupation. Jamaicans who migrate do not do so out of a lack of patriotism. Usually, they do so for a 'better life' while continuing to sing the anthem, drink 'white rum' and Red Stripe and eat chicken and rice and peas on Sundays. Patriotic Jamaicans also hold financial assets because they consider it to be an optimal deployment of their financial resources. Accordingly, while sacrifice is extolled in the name of patriotism, it is imperative do move quickly to maintain confidence in government debt instruments.

It is posited that recessionary conditions will dampen aggregate demand, thereby inhibiting inflationary impulses. It is readily apparent, however, that increased costs, significantly related to taxation and utility price adjustments, will have an inflationary impact. Accordingly, monetary policy is challenged to simultaneously facilitate a lowering of nominal interest rates while avoiding the accommodation of inflationary impulses.

Jamaica is a highly open economy with the ratio of its imports to gross domestic product having exceeded 70 per cent. This means that changes in the exchange rate are transmitted to domestic prices, sooner or later. This defines an imperative for money and foreign-exchange policy to underwrite a continuation of relative stability in the exchange rate. This relative stability will limit inflation and moderate the relative attractiveness of foreign currency denominated assets in the face of lower Jamaican-dollar interest rates.

It is well that strong inflows of foreign exchange are anticipated. A substantial element of these flows is directed at underwriting the stability of the formal financial system. A lender of last resort ensures financial-institution stability but it injects Jamaican-dollar liquidity into the system. Hopefully, there is also enough to facilitate effective management of the foreign-exchange market where sales of foreign exchange not offset by an expansion of Jamaican-dollar money supply, will moderate the growth of Jamaican-dollar money supply.

Regarding confidence in government-debt instruments, policy has to proceed from absolute clarity that interest rates are determined by the interaction between the supply of and the demand for instruments. Government cannot simultaneously determine the amount it wants to borrow and the quantity it wants to borrow, outside of coercion of existing holders as in the current situation. It is clear that the JDX interest rates are not, at present, equilibrium interest rates. The existence of coercion reflects a clear understanding that wealth holders could not be relied on to voluntarily hold their debt instruments at the interest rates offered through the JDX.

By design of the JDX, with lengthened maturities and substantial multilateral financing, Government should be a less active borrower in domestic financial markets over the next few months.

At the same time, however, macroeconomic policy has to be consistent with a genuine lowering of the equilibrium exchange rate. This then demands that expenditure be restrained, that the programmed taxes be collected and that monetary programming and management be consistent with lower inflation and interest rates. As the prime minister has indicated, there is no room for error in the delivery of the macroeconomic programme.

In conclusion, the JDX, at the present juncture, offers a significant contribution to the resolution of the interdependence between chronic fiscal deficits and intractable public debt and is worthy of support. At the same time, policy has to be sensitive to the impact on ordinary people who have reposed their faith and money in Government. Monetary, foreign-exchange and fiscal policy have the challenge of making ordinary people willing to accept lower interest rates while moderating inflation and inhibiting socially deleterious alternative investment initiatives.

As we hope for a successful outcome of the JDX (the alternatives are indeed terrible to behold), we should avoid any hubris for an initiative which seeks to pull Jamaica from the brink of the consequences of years of accumulated policy failure. We should not celebrate default. JDX helps but it is not sufficient. In the words of Jimmy Cliff, there are still "many rivers to cross".

Colin Bullock is lecturer in the Department of Economics, UWI, Mona. Feedback may be sent to Colbul3@gmail.com or columns@gleanerjm.com.