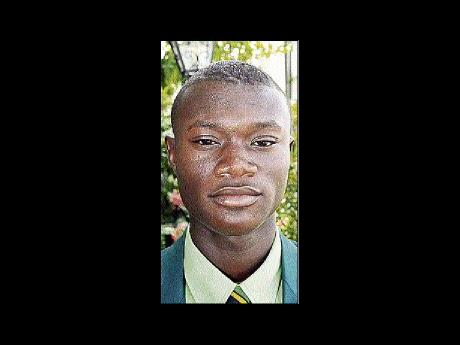 In the rain-affected quarter-final - reduced to 36 overs per side - at Mainpower Oval, Kraigg Brathwaite and captain Andre Creary stroked vital half centuries in the Caribbean side's total of 166 all out off 34.4 overs and England U19s replied with 148 all out off 33.1 overs.

The 6-foot-6-inch Holder tormented England with pace and accuracy, ripping out both openers before returning at the end to snare the last three wickets.

He finished with five for 19 off 6.1 overs for man of the match honours and sent the young Windies into a semi-final clash with Pakistan tomorrow (tonight night Jamaica time).

After a delay of more than three hours because of rain, West Indies were sent in and made a tame start, losing exciting left-handers Trevon Griffith (5) and John Campbell (10) to be 32 for two in the eighth over.

Creary then linked up with solid opener Brathwaite and the pair gathered a vital hundred partnership that ended when Brathwaite fell for 69.

The promising 17-year-old faced 96 balls and struck four boundaries while adding 103 with his skipper for the third wicket.

Creary, more aggressive for 52 off 53 balls with five fours and two sixes, was dislodged six runs later, caught behind off pacer Ben Stokes as the West Indies U19s dipped to 141 for four in the 29th over.

England's bowlers then staged what appeared to be a match-winning dismantling of the West Indies middle and lower order.

Holder, with 11 not out, was the only batsman after the resolute stand by Creary and Brathwaite to reach double figures as the Windies U19s failed to bat out their allotted overs, and - ominously for them - were unable to accelerate their run-rate in the closing overs.

The Leeward Islands' on debut pacer, Nelson Bolan, crucially kept the pressure on England when he removed James Vince (20) and Jos Buttler (3) as the Group A preliminary round winners wobbled to 38 for four in the ninth over.

Off-spinner John Campbell then claimed the vital wicket of Stokes, the century hero in England's win over India on Thursday, removing the big-hitting left-hander caught behind for 24.

Captain Azeem Rafiq (22) and Briggs (16) threatened with a fighting 30-run seventh-wicket stand but Holder and Campbell combined to remove them and Holder majestically terminated England's title hopes when he ripped out tail-enders Adam Ball (6) and Payne (4).

Pacers came to the fore

Usually more effective with their spin attack, West Indies saw their pacers come to the fore in this game with Holder's match-winning performance backed up by Bolan, with two for 21 off four overs.

Campbell (2-24) and off-spinner Jermaine Blackwood (1-7) picked up the other wickets.

Monday's semi-final clash against Pakistan U19s gives West Indies U19s a chance to avenge their first game 40-run loss to the ex-champions on January 15 and also the opportunity to reach their first ICC U19 final since 2004 when Pakistan defeated them for the title.

Pakistan advanced to the semi-finals when they ousted defending champions India by two wickets in a last-over thriller at Lincoln University yesterday.