'It costs a lot to produce tennis stars' 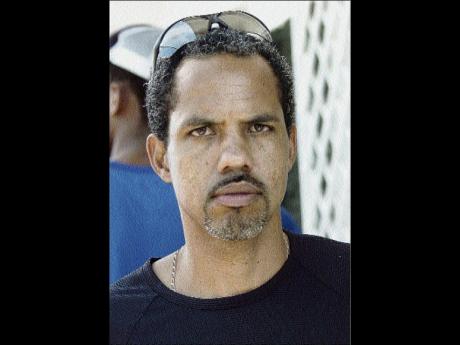 Success in tennis comes at a very high cost. And according to the technical director of local tennis, former national singles champion Douglas Burke, the lack of resources is the main reason why the country has failed to produce a world-class player.

Despite the challenges, Burke's son Brandon and others such as Dustin Brown, have managed to keep the nation's flag flying high on the International Tennis Federation (ITF) circuit with a number of creditable performances.

Jamaica have also maintained their position in Group II of the Americas Zone Davis Cup since 2003, and will face tough challenges ahead, especially from South American countries.

When do you think Jamaica will produce a world-class player?

Developing a tennis player is a costly venture because youngsters playing tennis internationally are like tennis professionals at ages as young as 14 and 15 years old. They are travelling the world and playing at least 25 tournaments a year. And to produce and to cope with that we have to be doing the same things. This is very costly. The kids have to be competing and travelling and playing on the ITF Junior circuit on a regular basis. However, we have done well in regional competitions because our kids are on par with the players in the Latin American area.

Are there any plans to build a tennis academy?

Do you think that JTA has been doing enough to spread the sport across the nation?

I think we have done a lot in this regard because we have spread the game throughout Jamaica, at the high, primary and prep levels. You have youngsters from schools like Norman Manley High and Ocho Rios High and in areas such as Runaway Bay and Montego Bay and also from a lot of the inner-city areas that are now playing and competing at a high level. Three of our top girls are from the Mountain View area and they have represented Jamaica at the international level. Tennis has gone a far away from the perception of being an elite sport. It is now really a sport for all.

What do you think about the quality of players who are coming up now?

I think that a few boys are showing a lot of promise and potential. I think that Brandon Burke has been doing well internationally. I think that we also have young players like Andrew Bicknell and Roger Lyn, who have a lot of potential and on the girls' side, we have Shantel Blackwood who is coming into her own.

?How would you compare the sport here now from back when you were playing?

I think that it is a difficult comparison because tennis is a game now that is highly competitive internationally. I think that the bar is much higher now because there is lot of money in tennis, and players now have devoted themselves to the game a lot more.

What are some of the challenges you have encountered as the technical director of Jamaica's Tennis Association.

The main challenge is funding, because to have our youngsters reach a high level, we need to be doing what our peers are doing and this requires a lot of money.

Who is your favourite international player?

Roger Federer because I admire his abilities and composure and he is a good person for young players to emulate.

When you are not coaching what are some of the things you like to do?

I am an all-round sportsman and therefore I watch all sports. I also play golf whenever I get the chance to do so.