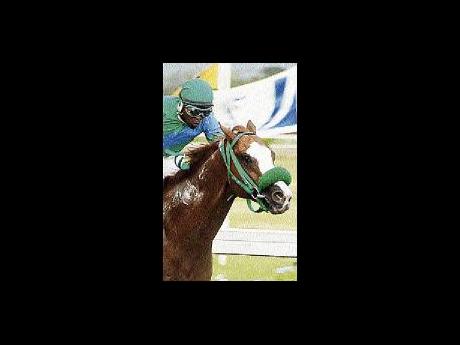 While ALIAS MR. CAT and the lightly raced filly ANTIOCH emerged runaway winners, Nelson had to pull out all the stops aboard MINISTEROFJUSTICE to bring home the five-year-old horse by a neck in a driving finish from the vastly improved COLEMAN'S ROCK (5-1) and even-money favourite THE GUARDIAN. both closing as a team on the outside in a field of nine.

As expected, the fleet-footed MR. SKILL (7-1) set a blistering pace to turn for home three lengths clear of stable-companion THE GUARDIAN under champion jockey Omar Walker and THE BOMBER (4-1).

MINISTEROFJUSTICE, who was never far off the pace, closed best to sweep past a fading MR. SKILL a furlong out, but had to be driven out in the closing stages to hold COLEMAN'S ROCK and THE GUARDIAN at bay.

Owned by Kelvin Jones and trained by Michael McIntosh, MINISTEROFJUSTICE who is by Royal Minister out of the French Champagne mare Sub Zero, had previously won over the round five course at the December 13 Sunday meet.