Taking their love for soul to Jazz fest 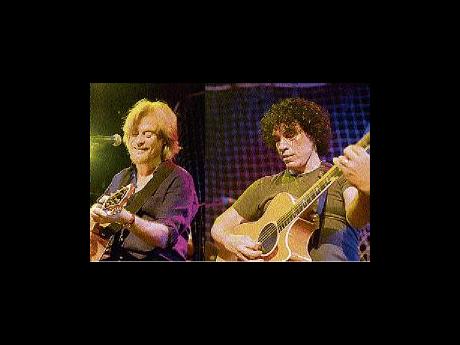 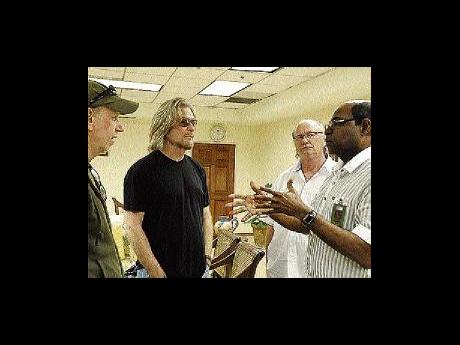 While vacationing in Negril in 1975, singer/songwriter John Oates said he was turned on to a saucy mento song by Stanley Beckford and the Starlights that was taking Jamaica by storm.

"I remember hearing this song called Soldering, and I brought it back home and actually ended up recording it with Daryl (Hall) for the same album that has Sara Smile," Oates told The Gleaner last week from his home in Aspen, Colorado.

"Back then, I was listening to everything, man," he added.

Hall and Oates' experiment with Jamaican mento may not have it big, but the ballad, Sara Smile, was a national smash in the United States. It was the second hit for the duo which is scheduled to perform on Saturday at the Jamaica Jazz and Blues Festival.

The hits flowed for Hall and Oates after Sara Smile. They were a staple on pop and R&B radio, in the US, throughout the 1980s, with songs like Kiss On My List, Private Eyes, I Can't Go For That (No Can Do), One on One, Out of Touch and the funky Maneater.

They are among a handful of successful acts from the 1970s still touring and recording with original members.

Oates, who plays guitar, is now 60, while Hall, who handles most vocal duties and plays mainly keyboards, is 63. Even though they have not had a big hit in nearly 20 years, Oates says they have a diverse following - from baby-boomers to lovers of R&B and hip-hop. He credits their enduring songs for winning over new fans, and keeping them busy.

"We do a lot of the songs people expect to hear but we also do some 'Philly' songs, old R&B, it depends on the vibe and the people we're playing to," Oates said. "We still tour, but not like the old days when we used to grind it out."

Heavy sampling of their work by big-selling acts such as rappers Kanye West and pop singer/guitarist, John Mayer, have helped make Hall and Oates hip with the Internet generation. Unlike several of their contemporaries who have criticised the practice, Oates says he and Hall have no problem with sampling.

"Daryl and I embraced sampling a long time ago. we think it's great that people can take our music and ideas and create something new," he stated.

"The world has changed, songwriters have changed, and sampling is a new form of creativity."

Born in Manhattan, New York, but raised in Philadelphia, Oates said he first met Philadelphia-born Hall in the late 1960s at a concert in the City of Brotherly Love. They shared a love for soul music, especially the sounds from Motown, Stax and Philadelphia International Records.

Their second album, Abandoned Luncheonette, was released in 1973 and contained She's Gone, a soul-stirrer that earned them a place on R&B radio. Two years later, Sara Smile went even further, racing up the pop charts and announcing Hall and Oates as genuine songwriters.

Hall and Oates have long stopped playing in the huge arenas of their heyday.

According to Oates, their current schedule is made up of corporate and private affairs or intimate gigs like the jazz festival.

Both have recorded solo albums which reflect their R&B influences, but John Oates says he is still "listening to everything".

"I do a lot of bluegrass and folk-blues, and listen to a lot of Mississippi blues, which is what I'm really into," he said. "But I like everybody, man - Prince, Katy Perry, Jay-Z. I love them all."

Tourism Minister Edmund Bartlett (right) holds the attention of Hall and Oates' Tom 'T-Bone' Wolk (left) and Daryl Hall (second left) and Walter Elmore of TurnKey Productions, organisers of the Jamaica Jazz and Blues Festival. The members of the pop group arrived in the island on Saturday for the event and were met by Minister Bartlett and Elmore at the Sangster International Airport in Montego Bay, St James. - Photo by Nagra Plunkett