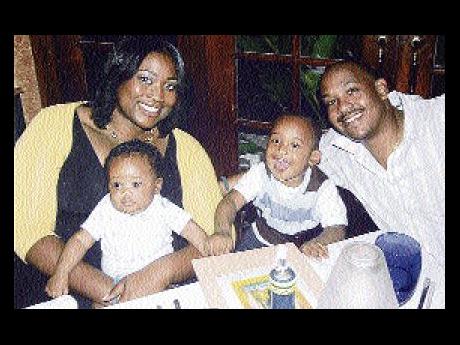 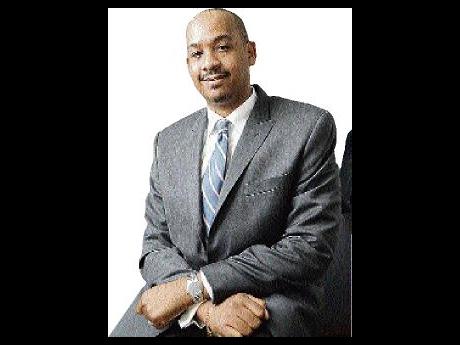 Kevin Page with his wife Yaneek and two sons aged two and a half and seven months old. - photos by Ricardo Makyn/Staff Photographer

Kevin Page brings a fresh approach to the legal world. Through his practice, Page & Haisley, attorneys-at-law, he gets justice for average Jamaicans who, under normal circumstances, would not have been able to afford it. His firm handles cases including civil litigation, personal injuries and real estate matters.

The soft-spoken Page, (uncharacteristic for lawyers), said his firm ensures that even the less fortunate can access legal counsel, because of their reasonable rates. In addition, the first consultation is complimentary, and subsequent visits are for a reasonable fee.

"The reason we don't charge for first consultation is that I often hear people complain that they go to a lawyer and they charge them a lot of money at first, only to hear that they don't have a case," said Page. What the firm does is hear the person's issue, then advise them whether they have a case and how to proceed.

He notes that not only is his firm able to help get justice for clients, but he believes they are contributing to the country. People are made aware that there is a formal way of resolving disputes, or getting compensation when they are wronged.

No need for violence

"And at the end of the day, there is no need for violence," he added.

Page knew he wanted to be a lawyer while attending St Jago High School. There were times when his dream didn't seem possible. During his first five years of high school, his placement in the 'B' stream meant that he was not considered among the brightest set of students. To compound things, he injured his leg in fifth form and had to have surgery, thus missing school.

His senior year saw him on crutches, which posed problems for free movement. Nonetheless, he rose above his misfortune and surprised everyone by receiving top grades in the entire school in his external exams. He received seven passes in his Caribbean Examination Council exams (five with distinction) and three in the General Certification of Education (GCE) (two Bs and one distinction). At sixth form he graduated top of his class and received the Jamaica Independence Scholarship. He went on to study law, graduating from the Norman Manley Law School in 2000.

He got his first job at the Attorney General's office, where he worked in the litigation department for four years. He joined the Jamaica Defence Force (JDF) in 2004 as legal counsel, and had to undergo combat training.

"It was rough and was the most physically demanding time in my life," he recalled.

Despite the challenges, he told Flair that it was a good and valuable experience. His stint at the JDF lasted two and a half years and he decided it was time to venture into private practice. In 2007, he took a risk and opened Kevin A. Page attorney-at-law, a small practice in his hometown of Linstead, St Catherine.

Page grew up in the small community of Jericho. The son of a businessman and a banker told Flair it was very challenging when he first opened his practice. He recalls days when he hoped that someone would just walk through the doors. He also had a daily commute from Kingston where he resided.

But business grew slowly over time. He credits his very supportive wife, Yaneek, whom he describes as his rock.

"Many times she had to play the role of receptionist, when she could, as she had a full-time job."

The early days saw Page taking on all types of cases - unlawful wounding, probate and civil matters. He then teamed up with his very good friend and former batchmate, Garfield Haisley. They opened another branch in New Kingston, and the practice was renamed Page & Haisley, attorneys-at-law. Business has been growing steadily since then.

On the question of some clients being ignored or left behind, by lawyers, Page said this is due to lack of proper organisation. To combat this, they have 'paperless' communication with clients and have invested heavily in software to manage their files. Through the use of technology, all their cases move along equally quickly.

Page sees himself as a young entrepreneur, as he has plans to start other businesses. But he has not forgotten his roles of husband and father. Though work consumes long hours during the week and on weekends, he spends all his leisure time with his wife and two sons aged two and a half and seven months.