International Women's Forum to be established in Jamaica 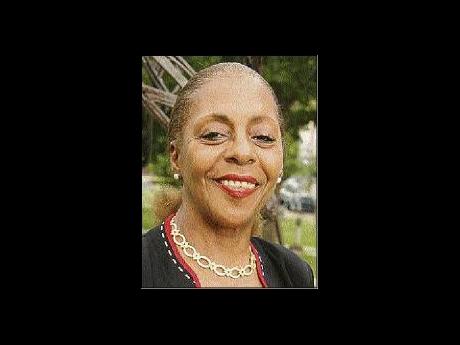 Pat Ramsay's skills are not limited to the arts; she is a great chef. - Contributed

President of the International Women's Forum (IWF), Allyson Maynard Gibson was the special guest at a recent lunch to launch the Jamaica chapter of the organisation. Maynard Gibson is a senator and Leader of Opposition Business in The Bahamas. She joined 40 of Jamaica's women leaders from diverse fields for the First Organising Meeting at the Jamaica Pegasus Hotel on January 15.

The International Women's Forum was established to advance women's leadership across careers, cultures and continents. The 64 affiliated forums of the IWF in North America, Europe, Asia, the Middle East, Africa, Latin America and the Caribbean provide opportunities for members to share knowledge and ideas, and to provide a network of support to women leaders across national and international boundaries.

Maynard Gibson said that it would be a pleasure to have Jamaica as a member of the IWF, particularly during her presidency. She added that it was her mission to brand the 27-year-old organisation, and hoped that it continued to attract more outstanding women.

Membership to the IWF - which has no political or ideological agenda other than to promote women in leadership - is by invitation. IWF has 4,300 members involved in a wide range of professional pursuits. The list includes former United States (US) Secretary of State Madeleine Albright; Queen Rania Al Abdullah of Jordon; US Secretary of Homeland Security Janet Napolitano; Dr. Sylvia Earle, oceanographer, author, explorer; and Yee Shoon Yu-Foo, minister of state, Singapore.

Mrs Patricia Ramsay, who was invited to a two-day conference in Miami in October, was asked to spearhead the establishment of the Forum in Jamaica. It is hoped that Jamaica will be presented as a chapter at the next IWF conference in Ecuador later this year. Jamaica would be only the second Caribbean country invited to open a chapter. The Bahamas was the first to join.