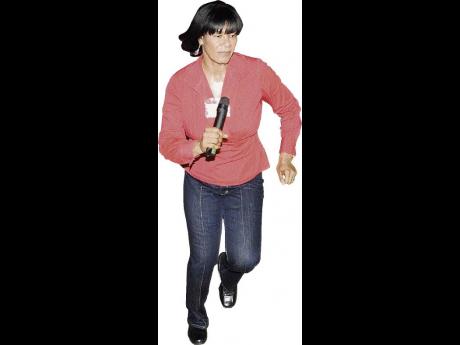 In an apparent warm-up for tomorrow's parliamentary debate on the proposed debt-exchange programme, a no-nonsense Portia Simpson Miller, leader of the Opposition, yesterday lashed the Government for the economic burden with which pensioners and other groups will be saddled.

"We do not have enough details about the Jamaica Debt Exchange and we are concerned about the negative impact it will have on consumers, pensioners and holders of government paper," she said during a measured and fiery presentation to the People's National Party's (PNP) National Executive Council.

The Jamaica Debt Exchange will see the Government redeem and reissue, at lower interest rates, more than $700 billion in debts. This is among the pre-conditions for US$1.3-billion balance-of-payment support from the International Monetary Fund.

Jamaicans heading into retirement this year will see a 40 per cent reduction on private pension income after the debt-swap transaction closes. This fallout is likely to impact members of 'defined-contribution' schemes.

Simpson Miller yesterday said the Opposition would be going through Government's plan with a "fine-tooth comb" to be ready for tomorrow's debate, after false-starting in last week's war of words in Gordon House.

Simpson Miller also forecast some of the other issues to be discussed, such as a proposed fare increase for public buses, and the divestment of Air Jamaica.

Speaking with The Gleaner after yesterday's meeting, the opposition leader said the PNP would be defending the rights of the Jamaican people.

"We are not even certain yet that some of the things that the Government projected will be achieved, so we are examining the letter of intent very closely," she said.