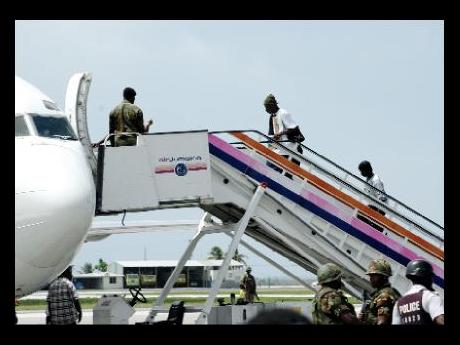 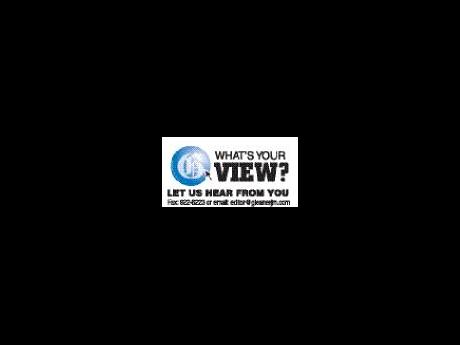 Haitian refugees board a plane after being processed by immigration officials at Sangster International Airport in Montego Bay on August 16, 2005. Hundreds of Haitians fled to Jamaica after political turmoil and social unrest in 2004. There are new fears of a refugee surge arising from the quake disaster nearly two weeks ago. - File

As various state agencies and non-governmental organisations brace for an influx of refugees from Haiti to Portland, the police have increased their surveillance of coastal areas of the eastern Jamaica parish.

Already, the coastal areas of Manchioneal and Hector's River, which accounted for the majority of the approximately 800 Haitian boat people who landed in the parish between February 2004 and March 2006, are being closely monitored by the police, who have set up shop along the various beaches.

"We are in a state of readiness, and I believe that we are adequately prepared to deal with the expected influx of Haitians," said Deputy Superintendent of Police Gary Flash of the Port Antonio station.

"We are aware that a number of Haitians have broken out of prison, so the first step of any arrival will be to restrict their movements. The next step would be to have them processed so as to keep data on them."

But while the police say they are ready to deal with the likelihood of a refugee surge, Flash has admitted that there are some areas of concern.

"Although the various emergency groups have sensitised their personnel and are ready to deal with any eventuality, so far, no suitable holding area has been identified for the Haitians, should they in fact turn up on our shores. This is further compounded by the fact that any holding area selected to house the refugees has to be adequately secured so as to prevent any from escaping."

Last week, Information Minister Daryl Vaz disclosed that four holding areas, which are to be used to house Haitian refugees, including the Winnifred Rest Home, and a community centre at Jones Park, have been identified.

In 2005, when there was an influx of Haitians into Portland, more than 120 refugees were being housed at the Winnifred Rest Home facility in Fairy Hill. Security personnel stationed at the facility disclosed that on more than three occasions, some of the refugees had cut their way through sections of the perimeter fence and escaped into the Fairy Hill community.

And although then permanent secretary in the Ministry of National Security, Gilbert Scott, in a release shortly afterwards, said the Haitians had returned to the facility and were later transferred to Montpelier in St James, some residents denied that claim.

Less than six months after the daring perimeter fence-cutting incident at Winnifred Rest Home, reports surfaced that some of the Haitians had been spotted working on construction sites at Fairy Hill, Long Bay and Manchioneal in the parish, and were being paid $350 per day - effectively cheap labour.

Flash said stringent measures would have to be put in place to ensure that none of what happened in 2005 is repeated. He also said that the coastline would have to be closely monitored, as any boat transporting Haitians could pose serious danger to Jamaicans.

Haitians may be armed

"We also have to ensure that local fishermen and other interests do not intercept those Haitian vessels at sea, ahead of us, as those boats might be carrying persons who have guns in their possession," the deputy superintendent explained.

Jamaica and Haiti have in recent years seen the worrying development of a drugs-for-guns network, which local police have linked to a rising flow of deadly weapons on to Jamaica's shores.

Since Haiti's capital, Port-au-Prince, and surrounding areas, were badly hit by a massive earthquake nearly two weeks ago, there has been widespread fear that Jamaica, especially the parish of Portland, could experience an influx of Haitian refugees to its shores.