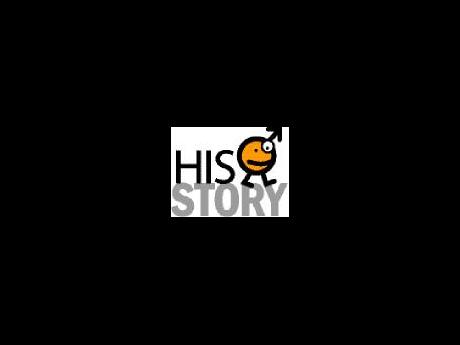 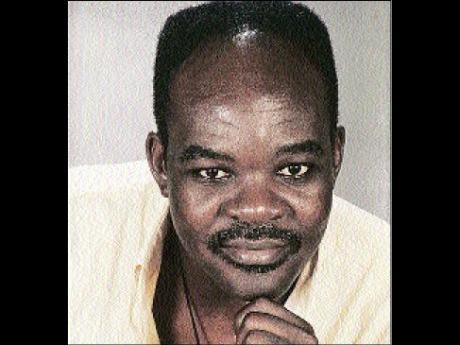 'Jamaica-born pharmacist has cure for AIDS?' asked the His Story headline of Monday, April 14, 2008, and the email responses came in torrents. The following week, it was "Florida man says 'Ambush' cured him of AIDS". Yes, the avalanche continued.

Now, almost two years after, the enquiries are still coming in, and so are the claims about the healing properties of Ambush.

But first, let's backtrack to 2008, to how Apostle Shada Mishe (née Vernon Palmer) said he had learnt of the "cure".

According to Shada Mishe, the palm is the source of this much-needed elixir. "I did not come up with this cure ... but, I was given it by the Angel Gabriel, who appeared to me in 2002, and said, 'I am going to give you the cure for AIDS.' So I replied, "There is no cure for AIDS!" Gabriel asked, 'Do you believe I am an angel?' Now, looking straight and stern at me, standing about seven feet away. So, I said, "Yes, what is it?" He showed me a species of the palm plant. I asked him how to get it out, which he showed me, and said that the dose should be 60ml three times daily for 21 days and the person will be cured of AIDS.

"Ambush is a radioactive isotope of uranium that is found in the palm plant of which there are more than 3,000 species. When ingested, Ambush causes the body temperature in the trunk area to rise to about 102 degrees when the individual is sleeping. The preparation takes four hours per batch, which is then given to the individual for consumption ... Ambush is a herbal preparation in this form, but it contains an active ingredient, which is a new crystalline substance," the College of Arts, Science and Technology (now UTech) graduate says.

The Lord God, he said, had given him seven steps to isolate the active ingredient, which is soft and metallic in nature, and has a carbon-uranium-sulfur-(classified)-phentolamine configuration or structure.

The active ingredient, he's contending, kills the virus by causing its protein envelope to rupture and the viral particles are discarded by the white blood cells. He says Ambush is able to kill the virus that is hiding in the lymph system by its natural radioactive properties. This process allows the body to return to normal health.

Another man who is claiming that Ambush did just that to his body is David Peters, a 29-year-old American graduate student. He describes himself as a typical young male who works, goes to the gym, and hangs out with friends. He says he's also Christian.

"I look very well now. I am very healthy and I feel great! I have never been on medication," he declares. Here now is his story, in his own words.

"I first discovered that I was HIV-positive in June of 2009. Three weeks earlier, I had gone to a local health centre for testing and I was negative. The following week I applied for life insurance and was denied because my test results came back positive. When I received my results, for some reason I was calm. Instead of searching for treatments, I immediately went online to search for the cure - that's when I ran across the youtube.com presentation of Apostle Shada Mishe.

"I immediately emailed him and he asked me some very basic information: my name, viral load, and age. When I emailed him this information, he invited me to come to his home in Toronto to get some Ambush. Ambush was the cure that the Apostle was presenting on youtube.com. The Apostle said that Ambush kills HIV/AIDS completely in 21 days. I didn't have a passport at the time, and I live in the US, so the apostle gave me an open invitation and told me to contact him when I was ready to come.

"I travelled to see the apostle on the fourth of July ... I arrived at the apostle's home very early in the morning, in fact, he was still asleep. Nevertheless, when he answered the door, he greeted me with a big hug and said, "Hello my son". He explained to me that he needed a little more time to finish making the Ambush, so I sat. He then brought in a pan of water and a towel and asked me to take off my socks, and then he washed my feet. He then anointed me from head to feet in oil, as he prayed with me.

"We sat for hours and talked about almost everything ... Once the Ambush was ready, the apostle brought some to me in a small glass. He took a sip first, then told me to drink it. Surprisingly, it had a pleasant taste - like tea with ginger. He told me to drink it three times daily for the next three weeks. He packaged it in a bottle and gave it to me. Before I left his home, he told me to put my hands on this huge slab of marble. He put his hands on it too, and then he prayed for me. I immediately felt a spirit of peace.

"For the next three weeks, I took the recommended dosage of Ambush. The apostle also told me to take a daily vitamin supplement with it. In the first week, I felt no change. In the second week, I felt very sluggish, nauseated, and I noticed that my hair was thinning rapidly. I felt like I was going through chemotherapy.

"This was a direct contrast to how the apostle told me I would feel. He said that I would have more energy, my skin would look better, and I would feel healthier than I had in a long time. I never stopped taking the Ambush, but I communicated my concerns to the Apostle through email. Each time I emailed him, he immediately responded, answering all of my questions and coddling my fears.

"I went and got blood work after I completed taking the Ambush. It took a few months for me to go back because I was scared. I knew what I had prayed for, and what the apostle had told me, but if this didn't work, I would have to face the fact that I would die from AIDS.

"In early October, I got my test results back. My doctor informed me that he was expecting my viral load to be in the double digit thousands because I had recently contracted the virus, but it came back at 69! This was outstanding. I called the Apostle and we talked over the phone and rejoiced. He told me to come back to see him before I got tested again. I did. He gave me another three week supply of Ambush. On December 21, 2009, I was diagnosed as undetectable. That was the best Christmas present that I could have received.

"I am telling my story because there are millions of people infected with HIV/AIDS. There is a cure! I paid nothing for Ambush and no one has paid me to write this story. This information is pure fact. My hope is that someone with the power to manufacture this cure will read this story, so that thousands of people will stop suffering and dying needlessly of this disease each year. There is hope and I have found it in Ambush and Apostle Shada Mishe."


'For the next three weeks, I took the recommended dosage of Ambush. The apostle also told me to take a daily vitamin supplement with it. In the first week, I felt no change. In the second week, I felt very sluggish, nauseated, and I noticed that my hair was thinning rapidly. I felt like I was going through chemotherapy.'