State opening for Parliament in March 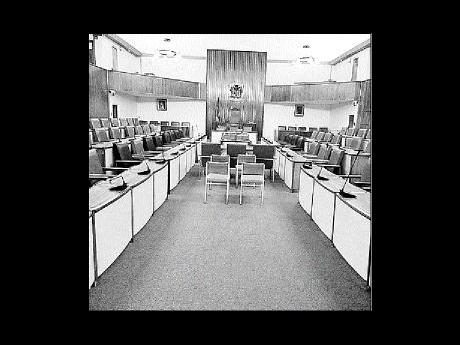 The State opening of Parliament will take place on Thursday, March 4, 2010, with Governor General, His Excellency Dr Patrick Allen, delivering the Throne Speech in which he will outline the Government's programmes and policies for the 2010/11 fiscal year.

Later in the afternoon, Minister of Finance and the Public Service, Audley Shaw, is expected to table the 2010-11 Estimates of Expenditure in the House of Representatives.

The Estimates will provide details on how the programmes will be funded and what the various ministries and agencies will receive for recurrent (housekeeping) and capital (development) expenses.

The Standing Finance Committee of the House will meet to consider the Estimates from March 9 to 11.

On Thursday, March 18, the Finance minister will open the 2010-11 Budget Debate, which will last until March 31.

During the Debate, selected members of the Government and the Opposition will make presentations.

Opposition Spokesman on Finance, Dr Omar Davies, is expected to make his contribution on Tuesday, March 23, while presentations will be made by a government minister and an opposition spokesman on Wednesday, March 24.

On Thursday, March 25, Opposition Leader Portia Simpson Miller is scheduled to make her contribution to the debate.

Prime Minister Bruce Golding is slated to speak on Tuesday, March 30, while the finance minister will close the Debate on Wednesday, March 31.

After the completion of the Budget Debate, other members of the House of Representatives will make their presentations in the Sectoral Debate, which follows.