Dressing up, dressing down 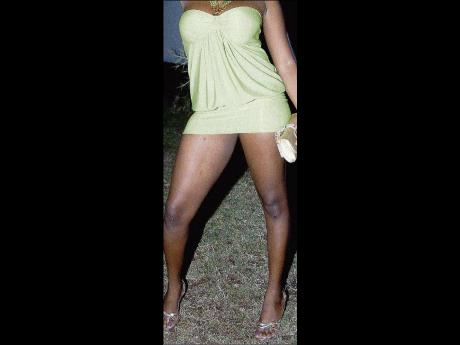 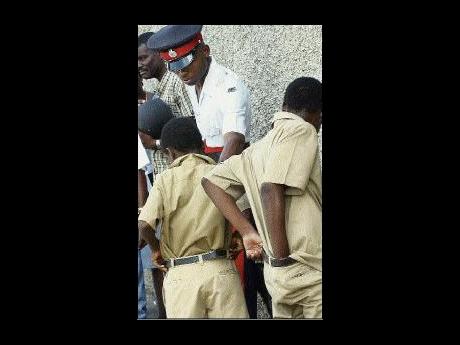 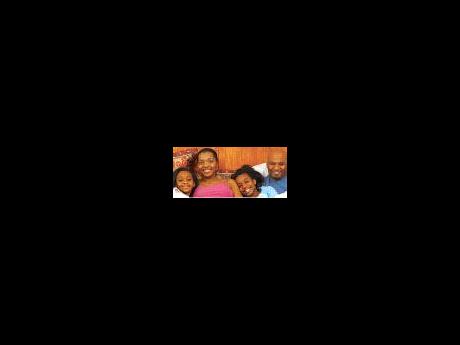 Left: The police making sure that these boys tuck their shirts in their pants. Right: If your teenage daughter insists on wearing teeny-weeny minis, insist that she does so and unexpectedly take her somewhere where they are totally inappropriate - like to her old primary or prep school. - Norman Grindley/Staff Photographer

A FEW days ago, I was driving past the park (of sorts) in Papine, St Andrew. Three policemen got out of a vehicle just ahead of me, the one not carrying a rifle making a beeline for someone I could not, at that point, see. The policeman's speed and stride told me, though, that he was in a no-nonsense mood and had zoned in on someone to take it out on.

I rubbernecked to see what would happen (I actually wondered if I would hear it - as in 'pow!' - before I saw) and caught the action as he frisked down a scruffy-looking character. In uniform. School uniform. Khaki. A schoolboy, who was standing with two girls, his uniform hanging on him in a way that made it look like a thug's haute couture.

Of course, for some police-men, searching schoolboys is passé. So is finding weapons on them. However, from a parent's point of view, it is still striking that the policeman strode past several other persons, adults and 'schoolers' to frisk this one young man. And I dare say it was because of his appearance.

Now, call it stereotyping, call it unfair, call it ludicrous, the fact is that looks count; whether it is in looking for a mate, looking for a banker or looking for a criminal. And we have to teach our children that they have to dress the part for how they want to be treated. This is especially important in the teenage years (especially looking back at mine) when they probably will, as we did, attempt to be 'different' - and end up looking the same as some other batch of peers.

If you have a daughter and her hemlines are very high, her necklines very low and her clothes moulded into every crease of her body, it is going to be assumed that she is sexually generous and ready to give it up at any given moment. If you have a son, and he wears the waist of his pants somewhere close to where his shorts would normally end, thus effectively utilising underwear as outerwear, it is going to be assumed that he is a nefarious character who will pop off at any moment.

The funny thing is people's reaction to how they dress can actually make them become the part they were just dressing up for in the first place. A policeman can put on a slap, or slap on a charge that leads to an arrest and a criminal record. A man can pinch a piece, then claim that 50 men before him had done the same.

So, it will be up to us to give our children a good dressing down when they dress up to act the part of teenage rebellion; to wage the wardrobe wars, so to speak.

This is not, I hope, anything new; but the strategy I think would work better than outright upbraiding the dressing-up teen is actually the reverse of the stand-off that normally obtains. If your teenage daughter insists on wearing teeny-weeny minis, demand that she does so and, unexpectedly, take her somewhere where they are totally inappropriate - like to her old primary or prep school. If your son wants to dress like a faux thug, drop him off near a semi-garrison and set him walking. You could ask him to buy a banana chips at the stall across the road and drive a little way up the road.

Do it a couple times and they should get the point, without you saying a word. If they don't, take a real hard look at your parenting track record - and your wardrobe.