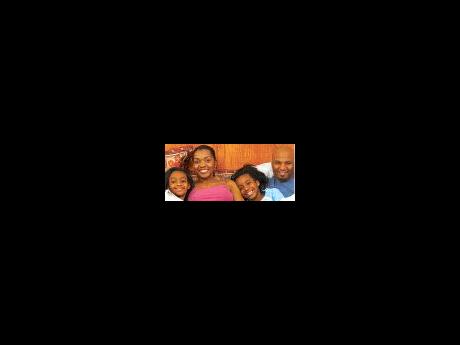 WHILE I was pregnant, my husband feared that our two dogs would be extremely jealous once the baby arrived, and might hurt him. "Don't be ridiculous!" I'd say to hubby, as I cuddled up on the sofa with both of them. I couldn't figure out why he would think such a thing! This did not stop me from reading up on the subject, of course.

When our son was born, I followed the advice suggested in the book I had read. We were both kept in the hospital for a few days, so one night, I sent a burp cloth home with the husband, asking him to let our canines sniff it. We then discussed whether we should allow them to go into the nursery. The decision was to keep this room out of bounds.

So, were our four-legged friends green with envy when we brought our infant home? Apparently not. Sure, they were curious, and took some time smelling his feet, but they have never tried to hurt him in any way. To tell you the truth, they have been nothing but protective of him since the first day they met him - sleeping right outside his bedroom door when he's in his crib, trotting over to him when anyone comes to the house, lying down close to him when he plays on his floor mat. The only rule I do instil is they cannot be in his room, when I am not in there.

When the wee chap was about one month old, we took him to my parents' house for the weekend. Now, they have three dogs, one of which is a rather large Rottweiler. We took our two, so you can imagine the excitement that ensued! Everyone wanted to lick his toes. There were no fights, but it was like watching small kids all scrambling to pet a new puppy! Even the 'Rotty' lovingly slobbered his mark on the feet of our child!

Fast-forward some months, and I get a phone call. I'm not saying from whom, but the gist of it went something like this: "When you take your baby back to your parents' house, and the Rottweiler is not locked up, you are putting him at risk." Let me tell you something. This dog couldn't mash ants. Unless you are there to burgle the place, or harm any of the owners, this pooch is only going to smother you with his saliva!

I know what many of you are thinking. You believe I'm a crazy parent, who should not let any wildlife come within a couple feet of my baby. Look, it's not as if I leave him alone with our dogs to 'babysit' him. After all, animals can be unpredictable. However, it is important that he does not grow up being scared of them. He needs to form a respectful relationship with the beasts of the world. We let him pat the dogs he knows - ours, and those of my parents and some friends. If any of them go to lick his face, we stop them and sternly tell them no, but we do not shoo them away. When our son gets a bit rough and starts pulling their hair, we sternly tell him no as well! We will not allow him to stroke dogs we don't know, and we will teach him never to run up and startle any animal.

Even though it has been insinuated that I'm an irresponsible mother (see above!), I stand firm in the belief that I am the complete opposite. We must live in this world with many kinds of creatures, and I'd prefer my son to know and understand them well. And, isn't it true that humans do more harm than animals to children? Perhaps one ought to be more discriminate when vetting (no pun intended) the adults who care for kids, and animals for that matter!