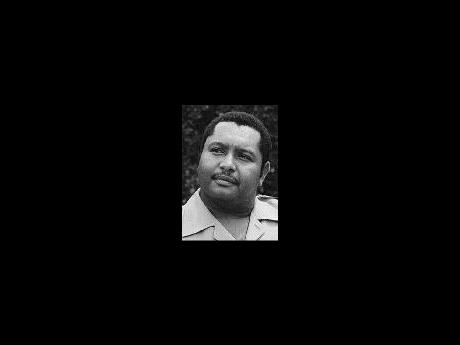 If we are serious about "Rethinking and Rebuilding Haiti" as the University of the West Indies plans to do, then we must search for a more complete story than the widely circulated one conveyed by Sir Hilary Beckles in "The Hate and the Quake", published in Sunday's Gleaner (January 24). There are just too many missing links in Beckles' account for it to be taken seriously as the basis for a careful analysis of Haiti's mounting economic and political challenges. And this shortcoming is certainly unwarranted. This is especially so since many Haitians are not particularly embarrassed in telling the stories that they have come to know so well.

How can one seriously talk about Haiti's political economy without discussing the 30 years of a corrupt and highly repressive Duvalier dictatorship (1957-1986)? How can one ignore the atrocities, the repression of the post-Duvalier military or military-dominated governments under Leslie Manigat, Henri Namphy, Prosper Avril and Pascal-Trouillot?

Missing from Beckles' account is a passing reference to the failure of the temporarily installed Conseil National Gouvernement (CNG) to orderly 'transition' Haiti from military to civil rule, several years after Jean-Claude ("Baby Doc") Duvalier's smooth exit to France in 1986. Again, I see nothing in Beckles' account about the CNG's persistent efforts to dismantle the Conseil Electoral Provisoire (CEP), or the independent electoral council that sought to promote free and fair elections, and to limit the participation of infamous Duvalierists from Haitian politics under the 1987 constitution.

Furthermore, it is well-understood that this constitution would have seriously curtailed the role of the Haitian army and paramilitary forces (e.g.,Tontons Macoutes, Leopards) in the country's economic and political life.

You just cannot be seriously interested in Haiti's economic and political future without, at least, acknowledging the critical role of the Haitian military, which Leslie Manigat describes as "an inevitable fact of life" in Haiti. When the Duvalier dictatorship ended in 1986, the Haitian army swiftly filled the political void which had emerged; but since then, it has also stood in the way of major democratic reforms. In fact, every major attempt at general elections has resulted in bloodshed; the election of November 1987 tells the story.

On top of Haiti's entrenched military complex, Haiti is a socially-divided country. It is markedly divided along skin-colour and regional lines, which altogether makes it very difficult to establish and sustain a national vision for economic growth and development. Under the Duvalier dictatorship, for instance, Francois ("Papa Doc") Duvalier gained political support from the rural blacks based on his strong anti-mulatto stance. However, his son, Jean-Claude ("Baby Doc") Duvalier chose, instead, to embrace the light-skin elites in Port-au-Prince. However, in doing so, Baby Doc ultimately isolated himself from the rural power base upon which his father had consolidated his hold on power.

The real and persistent challenges that Haiti faces cannot be overlooked in order simply, to rebut some clearly absurd comments by a misguided televangelist (Pat Robertson). Moreover, we also have to move beyond any conscious or unconscious appeal to the now bankrupt dependency school theories of the 20th century that conveniently attributed virtually all the blame to Western imperialist "forces", while letting small developing countries off the hook.

To be sure, Haiti's indebtedness to France is not a trivial matter; the degree of external interference in its internal affairs cannot be overlooked as well. However, to abstract from all the other blatantly notorious internal problems is really poor scholarship, at best; and at worse, plainly academic dishonesty. Furthermore, national pride is not really at stake when a people truly confront their internal problems for what they really are. In doing so, it becomes easier to isolate and address the external problems as well.

Dr Horatio M. Morgan is a financial economist who resides in Canada. Feedback may be sent to columns@gleanerjm.com