'The Queen Project' to debut at Jazz and Blues Fest 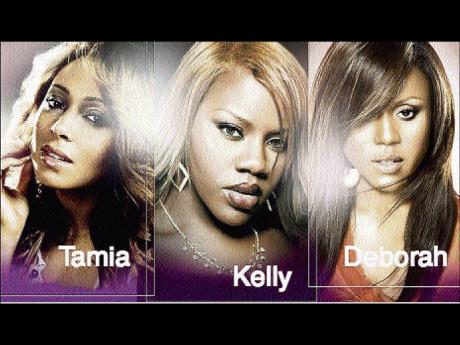 'Musically, it's amazing the three of us coming together. There's also some social things we want to do as well to create awareness.'

When three R 'n B divas join forces one can not only expect a dramatic effect, but a powerhouse of amazing vocals, lyrical depth and three artistes wanting to make a difference musically and socially.

R 'n B superstars and Grammy Award winners Deborah Cox, Tamia and Kelly Price have come together for 'The Queen Project' featuring the creative mind of super-producer, Anthony 'Shep' Crawford, who has done work for Boys II Men, Montel Jordan and many others. The three will be making their debut appearance for the Jamaica Jazz and Blues Festival, on Friday, at the Trelawny Multi-purpose Stadium.

The Gleaner spoke to both Deborah Cox and Tamia, via a conference call, last Thursday. Tamia was introduced to the music world, by Quincy Jones in 1995, on the Grammy-nominated hit You Put A Move On My Heart. The singer has carved out roles in Hollywood with Speed II and has released a string of R&B hits.The multi-talented Cox has six top-20 Billboard R&B singles, an impressive 10 number one hits on Billboard's Hot Dance Club Play chart and the lead role in Elton John and Tim Rice's Broadway musical Aida. Her song, Nobody's Suppose to be Here, spent a record-making number of weeks on the Billboard charts.

Price is no stranger to music either. She made an immediate impact on the charts with her 1998 album, Soul of a Woman, which featured the number one smash women's anthem Friend of Mine, with Ron Isley and R. Kelly. After years of working separately, they have come together for an album and possibly a tour. A teaser of their first single, Queen, was released online last year to good responses.

Cox told The Gleaner how the group was formed saying, "We have been in talks about doing something for a long time. Myself and Tamia, we were both a part of the Michael Jackson 30th anniversary special. We had come together a few years after that to do a show in Atlanta; Kelly happened to be on that show. We've seen each other and known of each other's work and been fans of each other for a long time, but we're all very focused on our own projects so the timing to do The Queen Project was off. When the project looked like it was going to come to fruition, we all got on the phone together last year and started the ball rolling."

According to Tamia, the project is also a movement aimed at empowering women. With all three being working mothers, singers and business women, they know what it's like being a modern-day woman and hope to put out good music in the future. The Queen Project is in its beginning phases, as the three women hail from varying locations: Cox being based in Florida, Tamia in Arizona and Price in California. However, the trio is determined to get their work out by spring/summer of this year.

Tamia said, "Musically, it's amazing the three of us coming together. There's also some social things we want to do as well to create awareness. The fact that we came together as women a lot of people didn't think that could happen, or that three strong black women could be in the same room together and not gorge each other's eyes out - let alone do an entire album, and have it sound great and have fun doing it, so we're excited."

Prior to the show on Friday, the three women will be in Jamaica a few days early to take in the sun, sand and water, and getting to know each other better. Tamia and Cox have both been to Jamaica on vacation, but the Jamaica Jazz and Blues Festival will be their first local performance.

"I've always visited, always have a good time and want to be here onstage, getting in front of the people," said Cox. "For such a little country, there have been so many iconic people and we all want for you guys to share in our new music."

Tamia added, "Over the last several years, we've gotten to know each other and spend time with each other and we're still learning, it's a developing friendship. Hopefully, the time in Jamaica in the ocean, and drinking, will bring us even closer."

The trio have done a few shows in New York together, but not extensive stage work, so Jamaica will be a real litmus test for The Queen Project, in its early phase.