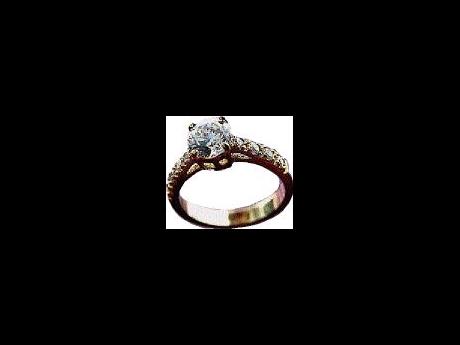 Q. I was in a relationship with an older man who would have given me the world. However, the relationship lasted only 15 months. Though he was kind, he was moving too fast and he was jealous and possessive. He wanted to know my every movement. He gave me a Blackberry Bold cellphone and I felt it was because he wanted to keep track of me.

He did not want to see me go out with my girlfriends or talk to other males. So I became dissatisfied with him and ended the relationship because it was not exactly what I wanted, although he pampered me.

The bone of contention is a ring he gave me on my birthday. When he gave it to me, he said it was an engagement ring. However, I saw it as a birthday gift, a sort of friendship ring. It was an expensive ring and I kept it after I left him. However, he claims that he wants the ring back!

Does he have a right to this disputed ring? He is being mean because he can more than afford to give me that ring. Another problem is I sold the ring as I needed the money.

Since the 'engagement' is off, you should have returned the ring. It is not enough to say it was a birthday gift. You already have the gift of a cellphone and, perhaps, other gifts. He is not asking you to return the expensive phone, therefore, he seems a reasonable person.

However, you complicated the situation by selling the engagement ring. If you can get it back, you need to. Otherwise, you should inform him about the situation and offer to repay him for the ring. In any case, before you sold the ring, you should have told him that you were going to sell it and make sure he was comfortable with it. Otherwise, it seems heartless and a touch mercenary to sell it.

It appears that you were in the relationship for material things, hence, your specifying the type of your cellphone. You need to re-examine your values. A relationship ought to be based on love, mutual respect and trust. It is a partnership. Therefore, do not jump into a relationship before you know the character of the person. You also need to slow down and discover whether a person is possessive and jealous. Obviously, you are not comfortable which such a person.

An engagement ring is a serious commitment and should not be entered upon lightly or unadvisedly. Therefore, breaking an engagement is a big decision. It could be causing pain and grief to the older man. Perhaps, he is asking for the ring because he is hurting and feels insulted by your actions, rather than because he is mean.

You should return the ring.