Tivoli aiming for the maximum 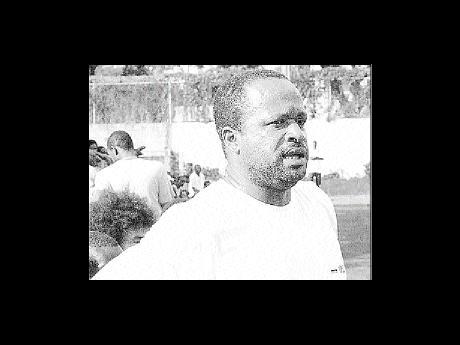 Tivoli Gardens' head coach, Lenworth Hyde Snr., says his team's plan is to win all 11 games in the third round of the Digicel Premier League and send a message to their main rivals.

Speaking at the end of his team's comfortable 2-0 win over Humble Lion at the Edward Seaga Sports Complex on Sunday, Hyde, who expressed satisfaction at the result, said they want to make up for a dissapointing second round.

"Our players have been refreshed and are hungry as a result of not having a good second round and today (Sunday) we demonstrated this," he added.

He first netted in the 17th minute from the penalty spot after he was brought down in the box. Boyd returned in the 55th minute to notch his second - a fantastic volley as the ball came down from his chest, after receiving the ball from a partially cleared corner kick at the top of the penalty box.

The goals took his tally to nine for the season and third in the tables.

The victory returned Tivoli to second in the overall league standings on 41 points, one more than Waterhouse, who were held to a 0-0 draw by Rivoli at the Spanish Town Prison Oval. Harbour View, who edged Sporting Central 1-0 at Harbour View, lead the standings on 45 points.

"I love the three points. It's a good start to the round," said Hyde, whose team, after taking the first End-of-Round final, finished sixth in the second round standings after winning two, drawing eight times and losing once in 11 outings.

"We could have played much better, but the aggressive game of Humble Lion did not suit our style of play. But it's a good three points," he added.

Humble Lion's coach, Christopher Bender, said his team was outplayed by a better team on the day.

"Overall, we can't be too disappointed as we played against a quality opposition," he said.

"We tried to interject some new signees, and played well in spurts, but in the end it was not good enough.We have to rise again and put this loss behind us."

Humble Lions fell to 11th position on 22 points, one less than Arnett Gardens, who drew 0-0 with St Georges at the Anthony Spaulding Sports Complex.