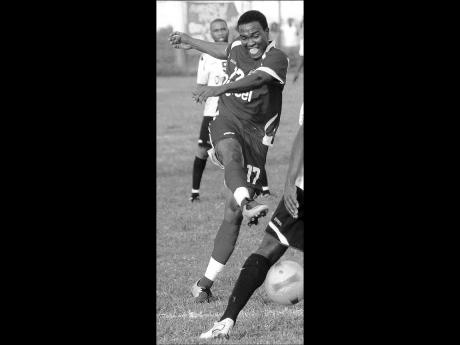 Boys' Town FC added some momentum to their title aspirations and heightened Village United's relegation woes on Sunday night, when they spanked the Trelawny aggregation 3-1 in their Digicel Premier League (DPL) game at Jarrett Park in Montego Bay.

In a game in which Village United had the better of the early exchanges, but failed to make it count on the scoresheet, the Andrew Price-coached Boys' Town sealed victory through goals from Andrew Wheeler, George Vernal and substitute Shane Edwards.

"I thought we played well as a unit today and, offensively, we got it right in terms of taking the chances we created," said Price.

"Our plan at this stage of the competition is to keep pace with the leaders so we are pretty satisfied that we came away from this game today with all three points," he added.

By virtue of their win, the 10th in the 23 games they have played this season, Boys' Town increased their points tally to 38, while Village United, who were losing for the ninth time in their 23 games, are at the bottom of the 12-team standings with 20 points.

In what was a keenly contested first half, Village United came close with two early chances. In the sixth minute, schoolboy midfielder Ricardo Morris reeled off a spectacular long range volley, which was brilliantly saved by goalkeeper, Kirk Porter.

Village again came close in the 13th minute when Lance Laing outjumped the Boys' Town defence for a cross, but directed his header wide of the goal.

With Boys' Town settling down and looking quite purposeful, they took the lead in the 19th minute - somewhat against the run of play. A melee develop in the heart of the Village United defence and the alert Wheeler fired home powerfully, making the score 1-0.

After taking the lead, Boys' Town began looking quite sharp, forcing back the Village United with well coordinated attacks, especially down the flanks. However, the failed to add to their tally going into the half-time break.

After soaking up all that Village United threw at them, Boys' Town stormed back and increased their lead in the 78th minute. Vernal raced down the middle, pounced on a cross from the right flank and fired powerfully out of the reach of the goalkeeper, making the score 2-0.

With the Village United defence still in disarray, Boys' Town struck for a third time in the 79th minute. A looping cross from the right flank found Edwards with space before the goal and he made no mistake, lashing home to make the score 3-0, putting his team firmly in charge.

After being thrown into the front-line and getting some rough treatment from the Boys' Town defence, Ottey got on the scoresheet for Village United in the 85th minute. He controlled elegantly inside the goal area, with his back to the goal then pivoted expertly before crashing home a shot, making the final score 3-1.