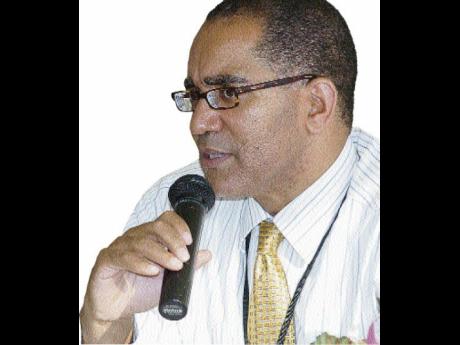 The Bruce Golding administration has called for a US$1-billion (J$90 billion) rescue fund for the financial sector, the size of which has sparked concerns about the health of Jamaica's investment houses, including its smaller players.

The fund is more than double the initial US$400 million that financial houses were told would have been needed to shore up balance sheets, after stress tests were done on banks and securities firms by financial regulators to assess the likely systemic effect of Jamaica Debt Exchange programme.

One big bank said Tuesday that the US$1-billion fund captured in the memorandum to the IMF letter of intent was a surprise, and had not been disclosed to them by the central bank.

"BOJ didn't consult with the banks," said one top-level executive, who spoke on condition of anonymity.

The IMF letter penned January 15 said multilateral agencies will "devote" an additional US$1 billion to the Financial Sector Support Fund (FSSF) to be operated by the Bank of Jamaica. Neither Financial Secretary Dr Wesley Hughes nor BOJ governor Brian Wynter returned calls querying why the fund was 2.5 times its original size.

Informed sources say, however, that the FSSF will open as a US$400-million fund, as initially announced, but could grow to US$1 billion over the life the of the 27-month special facility that the IMF is voting on today, January 27.

How much of the committed FSSF allotment gets used will be determined by the stress tests that financial houses will undergo. The IMF letter makes clear that those stress tests will be done repeatedly, at least once per month, or even more frequently "if circumstances warrant".

The mention of the fund and stress tests captured in item 15 of the memorandum to the letter of intent, is meant to reassure investors that the JDX would not be allowed to hurt investments, sources say - or as the letter of intent puts it, "avoid jeopardising the stability of the domestic financial system" - but instead it has raised concerns that the initial stress tests might have exposed weaknesses that were not detected before the process of preparing for the IMF's intervention.

"That sort of backing implies real vulnerabilities," said another analyst who asked not to be named.

"Have to wait and see how this thing shakes out," he said.

The letter of intent itself alludes to some of the problems, pointing to concerns of liquidity and market risk on the balance sheets of financial houses.

Indeed part of the reform includes a hold on licences for new firms whose business models rely heavily on repo trading until new financial regulations are in place to police and address the risk.

The Jamaica Debt Exchange offer, which closed Tuesday, replaces bonds priced at 20 per cent or more with 24 issues, whose coupon rates average 12.25 per cent. The income streams from those bonds will be reduced, as a result, potentially affecting the liquidity of financial firms and draining capital.

BOJ has in the past stepped in to shore up companies facing credit squeeze in difficult times, the last time in 2008 when the global financial collapse resulted in margin calls on Jamaican brokers as Government bonds used to back accounts overseas lost value.

BOJ then set up a US$300-billion fund that securities dealers could tap for funds in the form of loans. Subscriptions to that fund totalled only US$168 million, or less than one-fifth the size of the current US$1 billion fund, which is to be coordinated by the BOJ-led Financial Regulatory Council.

While not as sizeable, the new FSSF is reminiscent of the scope of the J$140 billion that it ended up costing government, back in the 1990s, to rescue the collapsed financial sector. Jamaica, at the end of the process, ended up with fewer financial firms and banks.

The IMF standby facility is expected to generate inflows to Jamaica of just under US$2.4 billion - comprising US$1.25 billion or 802.5 million of Special Drawing Rights and another US$1.05 billion of multilateral funding - but the boosted financial fund would grow that support closer to US$3 billion.

The bonds being exchanged under the JDX represent J$701.4 billion of Jamaica's domestic debt, which is the equivalent of 65 per cent of GDP.

Government has said it will save $40 billion to $42 billion per year from the debt exchange, but net of taxes foregone, savings will more be around $32 billion.