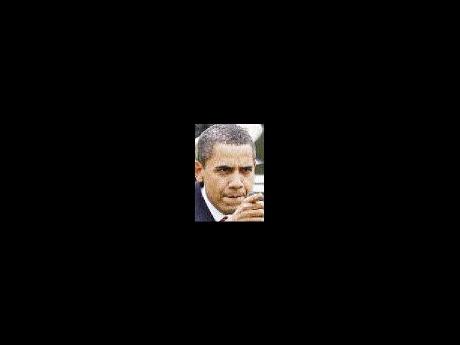 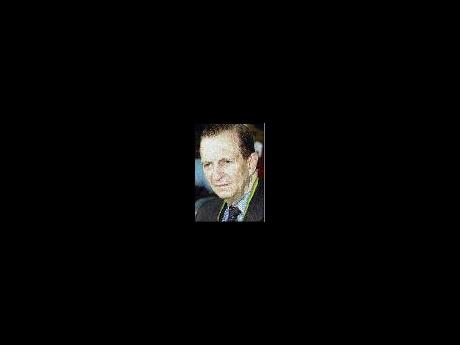 I FEEL a bit guilty commenting on United States politics when we have so much to comment on here at home. However, I can't help my fascination with what has been taking place between the Obama administration and the electorate in America, as it reminds me very much of what happened during the Seaga administration in this country.

Although I believe that the electorates in both countries have tried with some success to move beyond race, it is obvious that in both cases, a significant part of the population has not quite made it. In the case of Jamaica, Edward Seaga's white face was used against him by the left wing loonies of the '60s and '70s to label him as a sort of right-wing plantocrat who would look out only for the interests of the big man. Yet, there was nothing in Seaga's past record to suggest that this was so. There was a lot more evidence to suggest that he was, in fact, not trusted by that class.

Obama came to power in the US, supporting the war in Afghanistan, while opposing the one in Iraq. He had the support of some of the wealthiest men in the world, such as Warren Buffet, and his proposal on health care does not go even close to what has been legislated in Europe or Canada. The problem is that since most Americans already have private health care, they see no reason for anyone else to have, unless and until they themselves develop a serious illness which requires very expensive treatment. Yet, the ridiculous right would have us believe that this man is some sort of closet socialist.

There is absolutely nothing in what he has said or done to suggest that he is any sort of radical. In fact, many black people considered him to be not black enough, a kind of political browning who cannot empathise with their own experience. But the ability to create the image of the radical in some white people's minds is made easier by the fact that he is black. Of course, had he been General Obama with a distinguished war record, say a more liberal version of Colin Powell, the task would have been made more difficult. But labels are easy to understand. A brilliant Harvard graduate equates to arrogant liberal, and a black liberal is automatically profiled as a radical.

Both Seaga and Obama were forced to make unpleasant decisions as soon as they came into office, and they did just that. Comparison of Obama with Carter is, at best, superficial. Carter's main fault was that he was indecisive. Obama is not, and neither was Seaga. On his first test in national security, when he ordered the rescue of the American kidnapped by Somali pirates, the president came through in flying colours without the cowboy style swagger. Yet, one almost gets the feeling, from reading some blogs, that a few patriotic people on the right were sorry that it worked.

The problem is that too many people choose swagger and style over substance. Ronald Reagan was able to get a few hundred American servicemen killed in Lebanon for no good reason and walk away politically unscathed because he was supposedly tough. Jimmy Carter took a courageous risk in attempting to rescue hostages in Iran for very good reasons, but was blamed for failure and for not being tough enough with America's enemies. The most right wing and conservative administrations that we have had in Jamaica were led by two very black men, Hugh Shearer and P.J. Patterson. Yet, they are hardly ever viewed in that light.

The truth is that Obama has not been very much different from previous Democratic psresidents and has not proven, so far, to be as liberal as Lyndon Johnson or as statist as FDR. Hillary Clinton would have probably been much further to the left on issues such as health care and in efforts to control Wall Street. Obama has merely signalled left and turned right, just as a President McCain would have signalled right and turned left.

I still believe the majority of Americans and Jamaicans have moved beyond racism, and that most of the people who oppose Obama have done so for other reasons. It means that if the economy is turned around and unemployment reduced to five or even six per cent, many of those who stopped supporting him out of fear will likely support him again.

I certainly hope it happens this way. Otherwise, we may end up with some right wing religious looney who believes that traffic lights are a sign of too much government control and that the state department should use the book of Revelations as a blue print for American foreign policy.