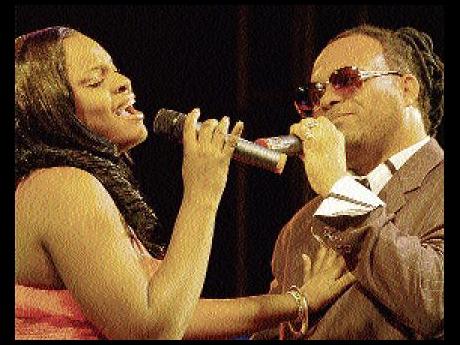 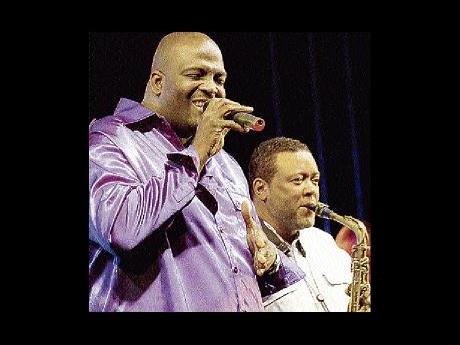 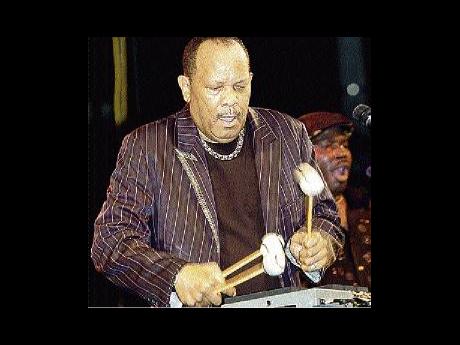 Jodiann Pantry and Noddy Virtue made sweet music together

The launch of the 2010 Jamaica Jazz and Blues Festival at The Jamaica Pegasus hotel on Sunday was, in common parlance, "a blast."

That term should be taken both figuratively and literally. There was much fine music by classy artistes, but, unfortunately, towards the end of the evening that music was turned up to an ear-splitting volume.

Because of conflicting times published in various media, one organiser told The Gleaner at 6:30 p.m. that the show would begin at a compromise time, "seven sharp." In fact, it was at 7:30 p.m. that emcee Norma Brown Bell started welcoming the large audience waiting patiently on the hotel's lawn.

She spoke from the huge platform with its bank of multi-coloured lights that had been erected in front of the venue's gazebo, the site of the hotel's regular Jazz in the Gardens concerts. Also on the platform was the opening band, Innovation.

Dressed in a white suit and dark glasses, Ricardo Suave, the first singer for the evening, was probably not able to appreciate either the half moon floating in a clear sky above the audience or the cool breeze fanning their cheeks. Still, he was evidently happy as, during his 15-minute set, he sang in his powerful voice You'll Never Find, I Who Have Nothing, Once Upon a Time and Michael Jackson's Human Nature.

Brown Bell introduced the second singer as a former Rising Star (referring to the television talent search series) who will be performing in New York in March. The suggestion was that Noddy Virtue had come a long way from his roots as a St Elizabeth farmer, and his performance showed that he had, indeed.

His grey suit, his choice of songs and his delivery demonstrated quite a bit of sophistication. That quality showed in his first three songs, Trapped (a Jimmy Cliff hit), Come Into My Love Zone and Mistaken Identity, and was even more evident in Lay You Down on a Bed of Roses, which he sang with another Rising Star graduate, Jodiann Pantry.

The third singer, former Ashe member Roslyn Williams, showed her drama and dance training with a scintillating set. Her songs - which included her first single, Two Kisses Away From Loving You, and Beres Hammond's Love Means Never to Say You're Sorry - built up to a satisfying climax with Bob Marley's Could You Be Loved?

In a move that was initially puzzling, Greene brought on well-known keyboardist Harold Davis to sing Listen to Your Heart. The reason became clear, however, when Greene told the gathering that he and Davis collaborated on a CD which will be out in March.

The versatile Benji Myaz, whose version of Brook Benton's So Many Ways was a hit some years ago (according to Brown Bell), showed off both his bass playing and his voice with several songs, including I've Got a Thing For You, Time Alone Can Do Anything and Love You Higher.

But the song that really moved his listeners was My People of Haiti, a tribute to that country's earthquake victims and survivors written just days ago - at two o'clock in the morning, Myaz said. The song laments over the people's pain and suffering but also offers hope, asserting in one line, "Yes, you will rebuild your city."

That set brought the programme to the intermission point at 9:30 p.m. Twenty minutes later, the concert resumed with xylophonist/ vocalist Roy Ayers and his band. The emcee said that Ayers had some 40 years experience in music, and his amiable professionalism showed as he switched from funky to complex, even avant garde, jazz pieces. His songs included the cheerful, multi-layered Everybody Loves the Sunshine, which he said was his first big hit.

For some reason, the closer the ensemble got to the end of the show, the louder the music became. By the time they reached the sixth tune, Evolution, the decibel level was painfully, perhaps even dangerously, high.

Some 30,000 music lovers are expected to enjoy the Jamaica Jazz and Blues Festival this year, which should make its 36 sponsors equally happy.

Among the scheduled performers are Monty Alexander, Babyface, Gladys Knight, Third World, Marion Hall, Billy Ocean, Erykah Badu and Maxi Priest. The line-up indicates the festival's musical variety, which is a major factor, according to TurnKey Productions CEO, Walter Elmore, for the event's growing popularity over the decade.

Elmore was seen walking around for hours, meeting and greeting the many VIPs who attended Sunday's launch. Among them was Minister of Youth, Sports and Culture, Olivia 'Babsy' Grange.

Harold Davis (left) and Tony Greene made a great combination.

Roy Ayers finds his groove at the opening of the Jamaica Jazz and Blues Festival, at The Jamaica Pegasus hotel, in New Kingston on Sunday.