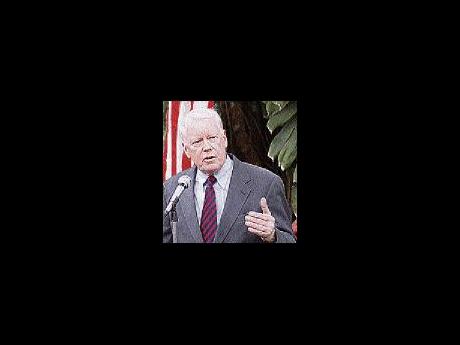 US Ambassador to Kenya, Michael Ranneberger.

The United States has suspended a five-year plan to fund Kenya's education programmes following allegations that more than $1 million in funds went missing at the Education Ministry, its ambassador said yesterday.

The US made the decision based on claims late last year that Education Ministry officials misappropriated 100 million shillings ($1.3 million) of Kenyan government and donor funds to finance the country's much-lauded free primary school education programme, US Ambassador Michael Ranneberger told a luncheon of the American Chamber of Commerce in Kenya.

"Those culpable for the fraud should not merely be sacked; they should be prosecuted and put behind bars," Ranneberger said.

The US funding was to cost $7 million and begin this year, the ambassador said.

Kenya's Finance Ministry audited the programme late last year and found the funds missing. Britain announced in December it was suspending its funding of the programme.

When Kenya started the programme in 2003, it earned praise across the world because more than one million children, who had never been to school, enrolled.