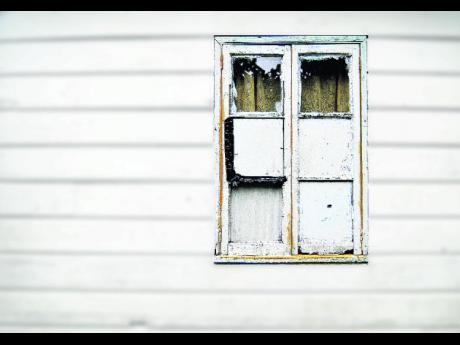 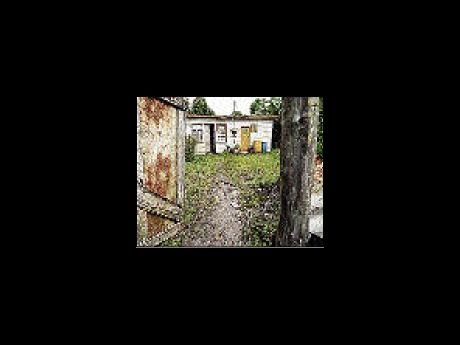 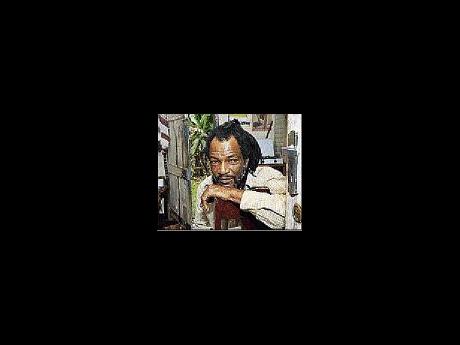 Five years ago, Jeffrey Perry climbed through this window and stabbed three children to death. - Photos by Kyle Macpherson

A small stretch of road going off into the distance where people gather in front of 'White Man Shop' chatting. Dogs bark in tune with an electric razor going off in the distance. Despite these signs of life moving along, the Killancholy district is still mourning the deaths of three children five years later.

On the night of January 27, 2005, Jeffrey Perry climbed through a window and stabbed 13-year-old Sue Ann Gordon, 15-year-old Dwane Davidson and four-year-old Shadice Williams while they slept. He said that voices told him to kill his cousin's children.

"I heard they killed three children in Killancholy district," said Myrtle Beckford, grandaunt of the victims. "I get up and come out to Highgate Square. I didn't see a taxi or nothing out there and rain was falling.

"Then I stand up and I was looking, looking, and I saw a man down by the shack. He called me over and said they killed the children. I started to cry."

Not long after, she was in touch with her grandson who left for Killancholy. When she arrived, she said she remembered seeing police and a crowd of people.

"Me remember me drop down," she said.

Waking up to a wet and foggy day, just like that unforgettable day nearly five years later, has those who live in the district and knew the children reflecting on the gruesome events.

No longer a home

Junior Edwards now lives in the house in Killancholy, St Mary, that Sonia Bailey-Williams left after she found her three children dead.

Junior Edwards said the day, five years on, reminded him of that terrible day. The mother, Sonia Bailey-Williams, left the house that was no longer a home and moved to another parish. Edwards now lives in the tiny house and spent a long time sitting on a chair by the front door, staring out at the small stretch of Killancholy road.

"The boy, Dwane," he said, "used to play drums. I never really talk to the girls but I used to talk to him because he played the drums and I play drums too."

Myrtle Beckford made her way down the road, walking in the distance towards where everyone had gathered. Her tiny frame, at approximately five feet, still seemed tall and everyone watched as she approached. Jaw clenched and fists rolled into a ball, she seemed almost ready for a fight.

However, her stiffness seemed to melt as her shoulders relaxed and her eyes, dark, filled with tears when Dwane, Sue Ann and Shadice's names came up.

"Up to this morning I pick up them picture and look at them," she said. "I just take my time and remember them."

Carlton Brown sat on a bench just outside the shop where eight other persons had gathered and said he remembered the night very well.

"Well, the night did kind of stay a way still. I was up at my yard and I hear somebody dead down the road. Mi never want to come but after a while my mind tell me to come," Brown said.

He said Killancholy has been coping but everyone still talks about it.

"You feel it inna you heart, you know, but you just have to mek it gwaan."

The children are buried a few feet up the road, across from a relative's home. Their headstones, pronounced among the greenery, are attached to each other and mark the final resting place of Dwane, Shadice and Sue Ann, with the youngest, Shadice, in the middle.

No one has heard of Jeffrey Perry since he went to prison after being found guilty of murder by the court.