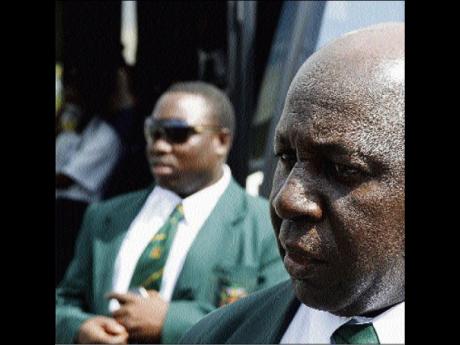 WITH THREE matches to go in the WICB Regional Four-day Championship, Jamaica's captain Tamar Lambert and coach Junior Bennett believe that there is still a lot of work to be done if they are to crown themselves champions for a record three years in a row.

Speaking on arrival at the Norman Manley Airport yesterday, both Lambert and Bennett praised the team's performance thus far, but with engagements against Trinidad and Tobago, Barbados and the Combined Campuses and Colleges (CCC) to come, warned that if complacency sets in, the team's hopes and aspirations could be dashed.

"The competition is just halfway through. It's good to know that we have three wins so far, but we still have three games to go and it will only get tougher from here," said Lambert, who along with members of the team returned home yesterday from a two-match tour of the eastern Caribbean.

"The players want to win three years in a row. It's a challenge and a challenge they fully accept, as they all want to say they were part of one of the best teams ever.

"But as I said, it won't be easy, as all the other teams will be coming to get us and as such we will have to work even harder," he added.

The Jamaicans have already beaten the Windward and Leeward Islands, as well as Guyana, but Bennett insists it is not over until the proverbial 'fat lady' sings.

"We have got to realise that we are only halfway through. We still have a lot of work to done," said Bennett.

"We know the strengths and weaknesses of the other teams and will just have to come up with a plan to deal with them."

He added: "Also, Brendan Nash and Nikita Miller will be out, but I think we have suitable replacements, as we have a good programme going on, as while some players were playing, those left out of the squad were working on their game with coaches."