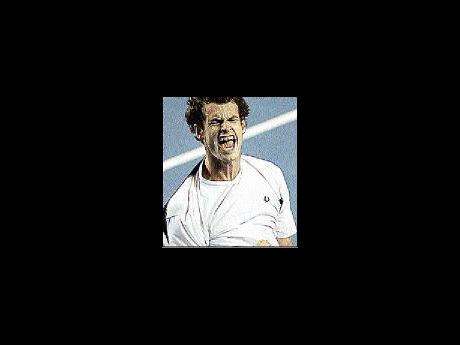 Defending champion Rafael Nadal retired from his quarter-final against Andy Murray with an injured knee, then predicted the Scottish player would end his Grand Slam title drought by winning the Australian Open.

"For Andy, I think he deserves to win his first Grand Slam. And I think he's going to do it," Nadal said less than an hour after a knee injury forced him to concede yesterday's quarter-final while he was trailing 6-3, 7-6 (2), 3-0.

Andy Roddick also went out of the Australian Open yesterday, struggling with a shoulder injury before going down in five sets to Marin Cilic.

Nadal said he didn't want to risk further damage by playing on and potentially having to spend long periods off the tour with knee tendinitis like he did last year.

"Similar thing that I had last year," Nadal said of the pain. "It was impossible to win the match."

"I didn't know when he hurt his knee, when he started feeling it, but from my side, I played very well," said Murray, who is hoping to end a seven-decade British drought at the majors. "I deserved to be up when the match stopped."

Roddick struggled through a right shoulder injury that impaired his movement, but he expects no long-term damage.

Still in the equation at Melbourne Park is three-time champion Federer, who plays Nikolay Davydenko in the quarter-finals today. Novak Djokovic, the 2008 champion, takes on the same year's runner-up Jo-Wilfried Tsonga in the other quarter-final.

Seven-time Grand Slam singles winner Justine Henin hasn't won a major in two years - because she hasn't played in one. Henin, who returned from 20 months in retirement, advanced by beating Nadia Petrova 7-6 (3), 7-5 to take out the last seeded player in her half of the draw.

Henin, unranked and playing on a wild-card entry at Melbourne Park, will next face Wimbledon semi-finalist Zheng Jie, who beat Russia's Maria Kirilenko 6-1, 6-3 to equal her Chinese record for the best run at a major.

"I just went for it with my heart. Finally I could make it, and I'm very happy," Henin said. "At the end, I played much more aggressive tennis."