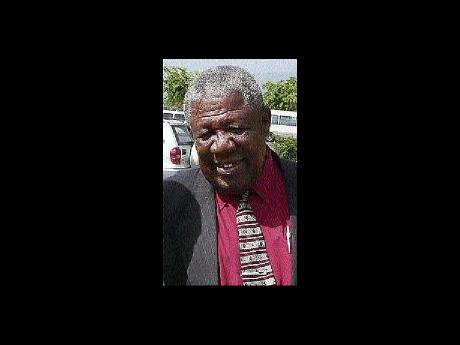 DESPITE being six points in the red with only five rounds remaining, Santos coach Carlton 'Spanner' Dennis is hoping upcoming results will enable them to win the Claro/Kingston and St Andrew Football Association (KSAFA) Super League.

Following his team's exciting 2-0 victory over the Jamaica Defence Force (JDF) on Saturday at the Bell/Chung Stadium, Santos moved to 34 points, six behind leaders Cavalier (40). Rae Town (38) are second.

"We still think that we have a shot at this thing but we just have to continue working hard until the end of the competition," said Dennis.

Substitute Victor Samuels, who was transferred from Constant Spring earlier this month, gave the hosts the lead in the 86th minute when he fired home a powerful left-footed shot past goalkeeper Allien Whittaker.

Four minutes later, Samuels provided a perfect through pass out of midfield to Nicholas McCreath, who then lobbed the ball over the head of Whittaker to make it 2-0.

"Our bench came on and won the game for us and this goes to show that we are much stronger now," Dennis said.

"I am very pleased with our performance because Victor Samuels, who is one of our veteran players, came on and he scored a goal and set up the other one and I am delighted with that," Dennis added.