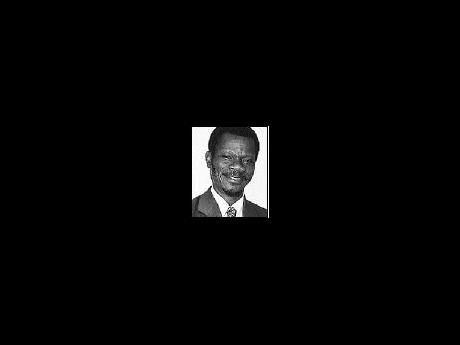 Haiti, our first republic in the Western Hemisphere and a proud symbol of 'Afro-defiance' in the so-called 'New World', continues to dominate the media nationally, regionally and internationally. Of course, in times like these, we also continue to hope that much of the support (financial or otherwise) now pouring into the country, seemingly from everywhere and everyone, and in spite of all the political, economic and logistical challenges, will end up 'in the parish of the poor' - echoing one of the popular book titles of former President and clergyman and now Dr Jean-Bertrand Aristide.

In terms of the aid and rescue mission in Haiti, we continue to hear about several countries - not to mention the various non-governmental organisations and faith-based institutions, such as the Adventist Development and Relief Agency or the relief agencies working under the auspices of the Jamaica Evangelical Association or the Evangelical Association of the Caribbean.

Amid the massive coverage, there still seems to be a missing piece in all of this. Or is there? Where is the African Union (AU) as an organisation which is headquartered in Addis Ababa, Ethiopia, and which was established at the Durban Meeting (South Africa) in July 2002 as a successor to the Organisation of African Unity (OAU)? What role, if any, is the AU actually playing at ground level in the ongoing aid-and-rescue mission in Haiti? So far, I have not heard any mention made of it at all in the news media!

In speaking recently on the phone with the secretary general of the AU, Maxwell Mkwazalemba, in his office in Ethiopia, I was pleased to know that about ten African countries, in their individual capacities (and, seemingly, in their quiet way), are making their own modest contributions to the aid-and-rescue mission in Haiti.

Countries like Gabon and the Republic of South Africa were readily mentioned. In addition, the secretary general informed me that the AU has established a Haiti Earthquake Relief Fund through the African Development Bank and, at its recently convened summit (January 25-February 02) for heads of states and government, there will be further deliberation on this important matter. And, to that I say, wonderful! After all, former South African President Thabo Mbeki not only visited Jamaica but also visited Haiti in 2004 to join in the bicentennial celebration of Haiti's defiance of France - thanks to Toussaint L'ouverture and others.

However, I would have preferred to see, in addition to the many good things which the AU is currently doing in Africa for Haiti, and in spite of any real economic or other challenges it might be facing, that this grouping had nevertheless found a way to create even an official presence in Haiti, even if it was merely token in nature. This would have communicated a very positive message, both within our CARICOM region (where up to 70 per cent of us are of African descent) and within the larger international community.

The perception must not be created, wittingly or unwittingly, that only certain countries and organisations can be of direct assistance to a Caribbean country when in need. We should, as far as possible, seek to demonstrate a greater sense of Afro-solidarity and even Afro-reliance when it comes to responding to crises such as the terrible Haiti earthquake.

Professor Gosnell Yorke is former honorary consul of St Kitts-Nevis to the Republic of South Africa and is currently, dean of the School of Graduate Studies, Northern Caribbean University.