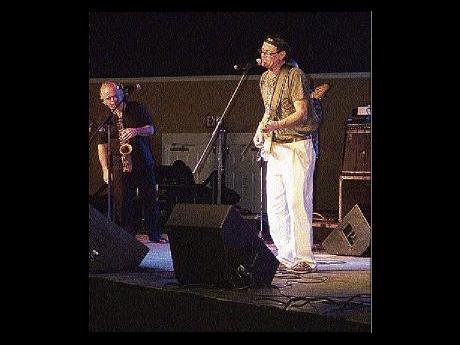 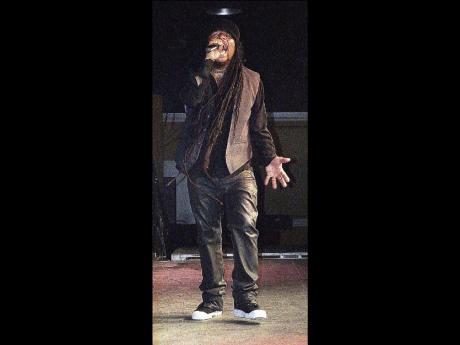 It's not that Maxi Priest wasn't expected to bring down the house - it was the way he did it. In collaboration with his son, Marvin Priest, and sidekick, the New York-based DJ, Beniton the Menace, he got everybody dancing in the process.

And his performance, coming as it did on the heels of superb presentations by Maurice Gordon, Joe Roy Jackson and Roy Ayers, capped an evening of excellent entertainment at Jammin' at Sunset Jamaica Grande, held Monday night at the Ocho Rios resort.

So come next year, the satellite series, Jamaica Jazz and Blues - The Prelude, will be back in Ocho Rios and the other venues at which it was held this year.

"No disappointment at all, from Abdel straight down to Maxi, one after the other. The crowd was very appreciative of the different genres of music they got tonight and I think Maxi brought the house down," Taylor told The Gleaner after the show.

"It's the first time we've tried the whole week-long festivity and we know that the numbers are going to be small but we know that the potential is there so we have already laid the foundation for next year, so definitely, we will be back to Kingston and back to Ocho Rios. The satellite shows will be on the calendar for next year," he added.

One of the striking things about music - it's enjoyed, no matter the crowd. So although there might have been less than 700 people at Sunset Jamaica Grande, the performances were remarkable.

Abdel Wright opened with a short stint then gave way to Maurice Gordon whose half-hour set was well received. He ended with a sweet rendition of The Jamaica's festival song, Baa-ba Boom Boom.

Then came Joe Roy Jackson. Described in some circles as the 'real deal', Jackson has been compared to guitar greats such as BB King, Eric Clapton and Jimi Hendrix.

Well, if you have never seen King, Clapton or Hendrix perform, but have seen Jackson, you've seen them all. Jackson is simply awesome!

Introduced by emcee Duane 'DJ Bones' Howard as a "phenomenal blues band", Jackson, accompanied by Chris Peck on bass, Eugene Datri on drums, Himer Morgan on keyboards and Rick Rourke on saxophone, took the audience through hits such as When My Lady Comes Home, Rock Me Baby and Boogie Boogie Rock, the performance rising with each selection. At one stage he used a beer bottle to play his guitar. He was the first to get the crowd on the dance floor.

After 40 minutes, Jackson gave way to Roy Ayers on xylophone, and he continued the groove. Ayers' keyboard player, Ray Gaskins, who also blows the saxophone and sings, added a new dimension to the act. He blew the saxophone and played keyboards at the same time and after the strains of the saxophone stilled, he sang.

He led the crowd through Bob Marley's Waiting in Vain, gyrations and all.

Maxi closed the show with a splendid performance. Dressed in black with a charcoal grey vest, he entered the stage to the strains of Just a Little Longer, went through Cat Stevens' classic Wild World, leaving the chorus to the audience. And sing they did!

He then delivered I Believe in Love and spent some time urging assistance for the victims of the Haiti earthquake.

"I urge each and every one of you, give something, no matter how small it is," Priest said. He then did Say a Prayer for the World in tribute.

Then he introduced his son Marvin Priest who delivered Slow Down before Beniton the Menace joined them. Then the real party started. The trio went into House Call with Beniton deputising for Shabba Ranks. They then did Stephen Bishop's On and On and even the women were singing, "Down in Jamaica we got lots of pretty women, steal your money and break your heart."

It seemed then that the whole hall was dancing. The song then changed to Close to You but the jam continued.

But time really flies when music hits you and all too soon the jam had to end.

But come next year, same place, same time, TurnKey Productions and Sunset Jamaica Grande are expected to once again deliver to Ocho Rios.