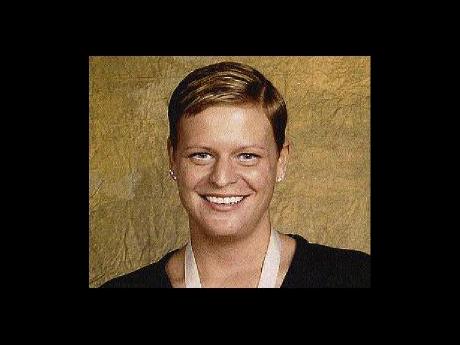 Cristy Barber, vice-president of marketing and promotions at VP Records, points out some glaring nomination deficiencies in the Reggae category of the annual Grammy awards over the years, the most recent being Tarrus Riley (Contagious) and Queen Ifrica (Montego Bay) this year. And she is on a campaign to expand the pool of voters for the award determined by the Recording Academy.

She says that "the only people voting in the reggae category are those who are not in the know" and "the few who are actually voting do not represent our industry", and she is on a campaign to change that.

Barber points out that apart from actually fulfilling the requirements to be a voter, which include creative credits and payment of a membership fee, the use of the 'snail mail' (regular post) has been a major drawback for Jamaicans who wish to be a part of the process. A long-standing rule is that ballots must be returned to the Academy's Los Angeles, USA, headquarters within two weeks of their postmark, which makes it very difficult for and even out of the control of persons in countries such as Jamaica.

However, Barber has been able to negotiate an arrangement through which "any voter that I register can actually get a PDF sent to you, via email. No snail mail for Jamaica". So she says "my campaign right now is to get 50 - 100 people registered, but I have a list of 300 people".

She says that there is a 'referred by' segment on the sign-up form and if her name is put in it she will follow through. "If I am aware of you, and you label me as a referee, I will make sure the process goes through swiftly and smoothly," Barber said.

She is confident that if 50 people sign up they will make a difference. That 'difference' is, Barber said, "I want our category to reflect what is going on", adding that there are times when it has hit the mark and others when it has been way off.

Barber points out that about 90 per cent of albums submitted actually qualify, but when the voters look at a list of 40 to 60 albums they tend to go for the familiar names.

On this trip to Jamaica, she has spoken with 25 potential voters and the response has been, "fabulous. People have signed up already". This is in a situation where, as at August 2009 there was one registered voter in Jamaica, although she points out that there have been others but some have not maintained their membership.

And Barber puts the recruitment drive in the context of the possibilities it could open up for even more Jamaican music presence at the Grammys. In the past there have been requests for another category and she says, "I feel if I am successful at this, I feel we can achieve that".

That additional category would be dancehall.

The 52nd Grammy Awards will be held on Sunday at 8 p.m. The reggae nominees are Gregory Isaacs, Sean Paul, Stephen Marley, Julian Marley and Buju Banton.