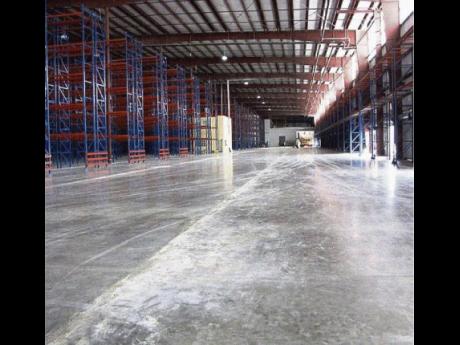 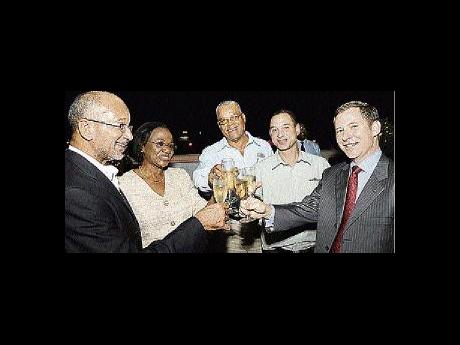 IN A deal worth $1.875 billion, conglomerate GraceKennedy Limited has secured financing to replace short-term bridge capital that was poured into its new warehousing and distribution hub under development on lands at Bernard Lodge, on the outskirts of Spanish Town.

GraceKennedy acquired the new funds from Scotiabank Jamaica at a fixed 13.5 per cent interest for seven years, said Group Chief Operating Officer Don Wehby, who did not disclose the price of the funds being replaced.

Construction of the 235,000-square foot distribution centre was finalised in late 2009, and is now being equipped from the Scotia-bank loan funds on which the parties sealed agreement at the end of December.

"Short-term bridge financing was already in place for the construction of the distribution centre and is now to be replaced by longer-term funding," said Wehby.

The centre will be fully computerised and will operate as a distribution point for all of GraceKennedy's food brands to incorporate group subsidiaries such as Grace Food International (GFI), Grace Food and Services (GFS), World Brand Services, and Hi-Lo warehousing.

"In addition to the consolidation of warehouse spaces currently being rented by GK, the centre will also host the company's cold-storage facility," Wehby said.

The food conglomerate is one of Jamaica's most profitable companies, with a strong balance sheet backed by capital of $24 billion, most of it from accumulated surpluses, and strong cash positions averaging $6 billion in the past three years.

Its borrowings, however, increased substantially in 2008, including a more than $5-billion loan, and was reported at just under $15 billion at September 2009.

The additional leverage has increased the ratio of loans to operating profit from 5.3 times at September 2009, from to 2.6 times in the comparative 2008 period.

Wehby said the new Scotiabank loan would have no substantial effect on the company's balance sheet.

"The impact on balance sheet is not significant, and there is no exposure to foreign-currency risk, it being Jamaican-dollar funding," he said.

The distribution hub is a US$28-million (J$2.4-billion) investment, which Wehby says will bring cost savings and new revenues to the group, but declined to state the projections.

"It will consolidate distribution of our food business into one centre, which will result in significant cost savings from the new efficient warehousing," he said.

GraceKennedy's warehouses are currently located at different parts in the downtown Kingston industrial zone: GFI and GFS are at separate locations at Newport West, while the World Brand warehouse is on Spanish Town Road.

"With this modern distribution centre in place, we also expect to attract a number of principals coming for distribution through World Brand Services," Wehby added.

But, again he declined to disclose details, saying it would be premature to release information on pending deals.

Construction of the distribution centre began in 2008, with scheduled completion set for December 2009 and full-scale commissioning of the facility planned for the second quarter of this year.

"We have already started moving in inventory," said Wehby.

The food-trading segment of GK business forms the major part of the company's revenue stream, contributing $26 billion to its total revenue of $43.4 billion earned for the period up to September 2009.

However, according to the company, the division lost some of its robustness because of the impact on its markets, hit by the global financial crisis and the ongoing recession in Jamaica, resulting in underperforming sales.

Inside the new GraceKennedy warehousing centre in St Catherine.
- File