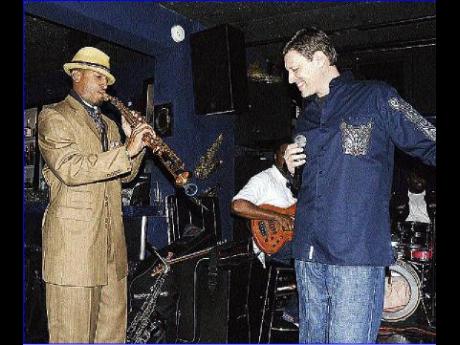 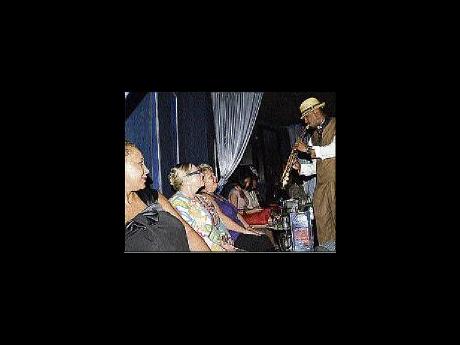 Jon Saxx and the Endless Possibilities band from Florida mesmerised a capacity-filled Blue Beat audience on Wednesday night in Montego Bay as they seduced the ears with beautiful musical notes.

The band, which also performed last night on the Art of Music (Talent) Stage at the Jamaica Jazz and Blues Festival at the Trelawny Multi-purpose Stadium, won the Band Quest competition, which secured them a spot on the talent stage.

Through his mastered skill on the saxophone, Jon Saxx demonstrated why his audiences idolise his work as he caressed each note of Floetry's song Say Yes through his instrument. At no point did the group feel out of place during their performance - the Blue Beat offered the ideal jazz-friendly ambiance with a Caribbean appeal that encouraged each melody.

Clad in a brown and white three-piece suit with his trademark hat, Saxx induced the desire to listen as he and the band played Robin Thicke's Lost Without You and encouraged the audience to sing along. As if that was not enough, Saxx and the band made sure that persons had a different perspective to jazz music when they did Sam Cooke's Change Gonna Come.

With the help of a fellow musician and friend of the group, Frank Aravya, the group did an excellent rendition of Prince's Purple Rain to conclude a beautiful evening of jazz.

Over the years, the Art of Music (Talent) Stage has been mostly dominated by local acts. However, the organisers of the Jamaica Jazz and Blues event sought to extend a spot on the Talent Stage to members of the international music community. As a result, musicians from around the globe had an opportunity to showcase their talent at the festival with the introduction of the new internet-based competition, Band Quest.

What also makes it enticing for the musicians is that, during the jazz festival, patrons will be given numbers to text and indicate their favourite acts. Their performances at the festival will then be uploaded to the festival's website for an internet vote. The band with the most points at the end of the voting period will be crowned champion of the 2010 Jamaica Jazz and Blues Band Quest, and will receive several prizes including a guaranteed booking to perform on the main stage at the 2011 Jamaica Jazz and Blues Festival.