Busy start to 2010 for McKenzie 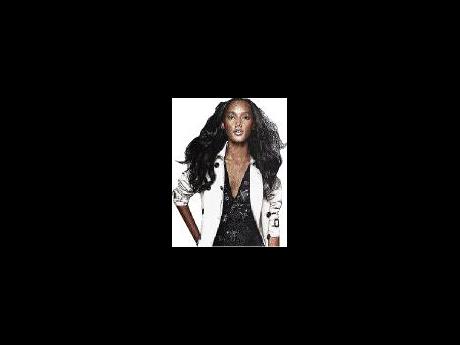 Pulse supermodel Jaunel McKenzie will simultaneously appear in four of fashion's biggest magazines in three countries - Britain, France and the USA. The first of the multiple editorials is for British Marie Claire which is now on newsstands while American Cosmopolitan and Red are due out in a few days, with French Glamour to follow.

In the normally quiet week leading up to the holidays at the end of the year, McKenzie travelled from New York, to Paris, then to London to shoot the four editorials. She made a brief stop in Jamaica to spend the holidays with her family, then headed to Brazil and Uruguay for some rest and relaxation before jetting to Los Angeles for another major assignment.

The miles amassed to complete these jobs have resulted in a special model-photographer combination that has yielded a bit of Caribbean flavour. French Glamour was shot by ace Jamaican photographer Walter Chin, while the Cosmopo-litan collaboration was with Haitian lensman Marc Baptiste.

Marie Claire was captured by photographer Nick Knight, who has done illustrious work with Vogue, i-D, Arena Homme and W. The editorial, titled 'Out and About', captures a glowing McKenzie donning the season's most stylish outerwear - trench coats and spring capes - in an enviable monochromatic scheme of poignant greys and bold blacks.

Directing some of her own Jamaican sizzle into the sub-zero spread, the 13-time Vogue star, who jetted from her base in New York to London for the shoot, expressed that she had a great time working for the popular women's magazine and enjoyed rocking the trendy outwear.

"The shoot for Marie Claire was fantastic. Nick and the crew were fun to work with and I thought the clothes were very stylish and funky. I was very happy with how the images came out," said the 5'10" model.

McKenzie has soared and maintained her status at the top of world modelling over the past few years with the coveted number one spot among black girls (Models.com). In 2008 Ebony magazine named her as one of the most successful black models of all time.