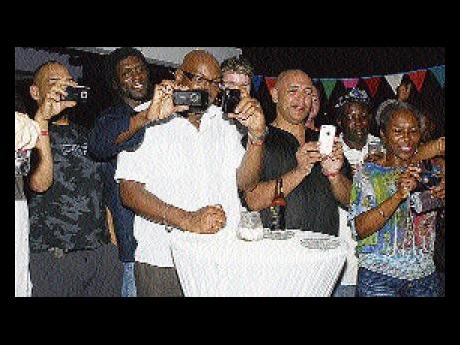 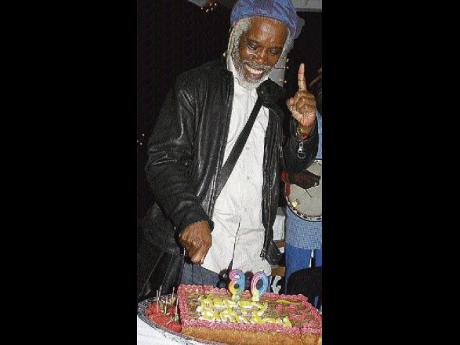 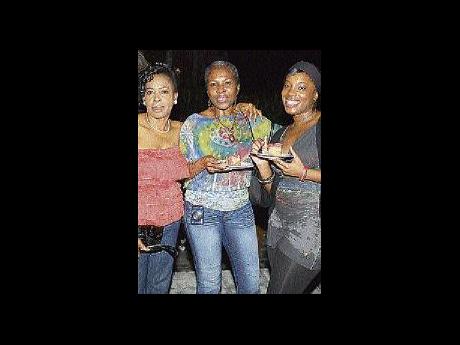 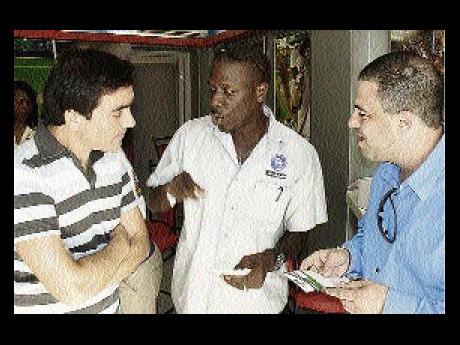 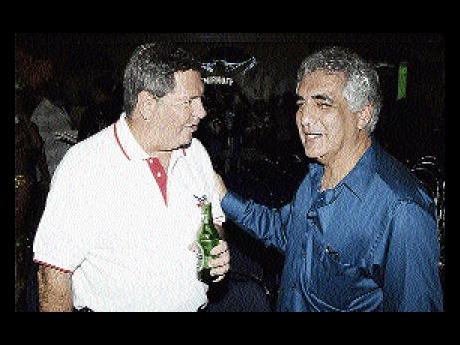 Billy Ocean cuts his 60th birthday vegan cake on Wednesday night in an intimate setting with his band members and family.

Singer Billy Ocean who is in the island for Jamaica Jazz and Blues Festival, celebrated his 60th birthday quietly with family and friends.

Also, check out First Lady Mrs O's gorgeous wintery plum ensemble by American designer Isaac Mizrahi, that she donned for her husband, President Barack Obama's maiden State of the Union presentation on Wednesday night. The first lady was commended for spearheading the national fight against childhood obesity by the president during his address.

All cameras were on as Billy Ocean's band members photographed the maestro cutting his 60th birthday cake at RIU Montego Bay on Wednesday night. - photos by Janet Silvera