Nettleford unconscious in US hospital 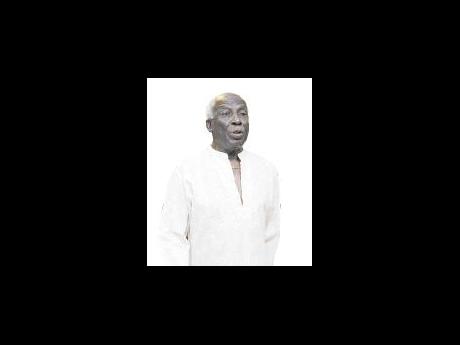 Vice-Chancellor Emeritus of the University of the West Indies (UWI), Professor Rex Nettleford, has been admitted to hospital in Washington, DC, after collapsing at a hotel in the United States capital Wednesday evening.

Jamaica's Ambassador to Washington, DC, Anthony Johnson, told The Gleaner that Nettleford was unconscious when he visited the hospital yesterday.

"The latest I heard is that he remains unconscious and that is a major concern for his doctors," Johnson said.

A statement from the UWI yesterday said Nettleford was in Washington, DC, to attend a fund-raising gala for the institution.

Currently, Nettleford is professor of extra mural studies at the UWI and also heads its Trade Union Education Institution.

For his work in academia and the arts, he has received several awards, including the Order of Merit, Jamaica's third-highest civic award.

Nettleford is one of the Caribbean's most respected intellects with over 50 years' involvement in academia and the arts.

Born in Falmouth, Trelawny, he is a graduate of Cornwall College and Oxford University and served as UWI vice-chancellor from 1996 to 2004.

Although Nettleford has written several books and papers on social issues, including race relations and the trade-union movement in the Caribbean, his greatest achievement, arguably, is the National Dance Theatre Company (NDTC), which he co-founded in 1962 with Bert Rose.

In a 2007 interview with The Gleaner marking the NDTC's 45th season, Nettleford said with Jamaica gaining Independence from Britain in 1962, he felt it was critical for the nation to make a cultural statement.

"You have to remember we were coming at the end of the self-government movement, and we had to find self-expression on our own terms," he said.

He remains a pivotal part of the creative dance group as dancer, artistic director and choreographer.

Nettleford was a prolific writer, especially during the 1960s and 1970s.

Among his books are Manley and The New Jamaica, Mirror Mirror and Caribbean Cultural Identity: The Case of Jamaica.