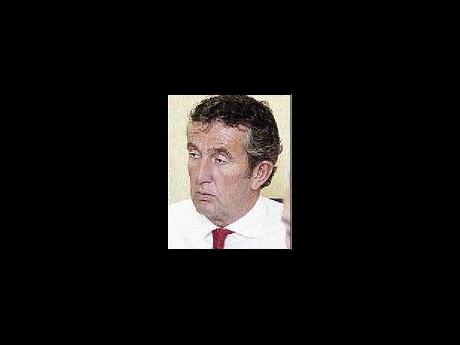 Assistant Commissioner of Police Justin Felice, the man charged with the responsibility of flushing the constabulary of dirty cops, has said that an anti-corruption hotline, launched one year ago, has been successful.

"We had an outstanding and successful year with the 1-800 toll-free line, and it is something we must continue," the assistant commissioner said last Wednesday.

Though crediting the 98 calls leading to arrests and disciplinary action, Felice did not give exact numbers on the conversion rate.

"Some of the calls were based on intelligence; others led to arrests; disruptions, where we had to stop things from happening; led to misconduct hearings; disciplinary action taken; and pieces of the jigsaw fitted together, in terms of the network leading to corruption," he revealed.

The toll-free number, 1-800-CORRUPT, is intended to provide an independent, secure and anonymous telephone line, through which the police force, the Customs Department and the general public can relay information on corrupt practices which members of these and other agencies may be engaged in.

Felice said some of the calls were directed to the Customs Department, while others were directly sent to the Anti-Corruption Branch, which he heads. He added that one of the major challenges was convincing the public that the phone line was safe from corrupt influences.

The assistant commissioner said although the initiative has received funding from the United States government, more assistance was needed to sustain the programme in the long term.

"We have had lots of meetings with the Media Association Jamaica and other organisations, because we are now looking at more sustainable funding for the 1-800 line, instead of each year having to beg money. This is a fantastic initiative and we need to look at how we can fund it from other methods, starting this year," he insisted.

He stated that the Jamaica Constabulary Force has set up a small unit of three persons within the Anti-Corruption Branch to propel a public education campaign. This unit will be going out into communities and police stations to educate citizens about corruption and its penalties.