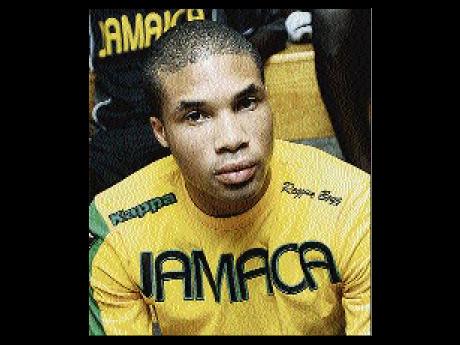 Its not quite revenge, but when the Reggae Boyz tackle Canada in their friendly international inside the National Stadium on Sunday, the 1-0 defeat suffered at the hands of the North Americans at last year's Gold Cup will be fresh in their minds.

At a press conference hosted by the Cuddyz Sport Bar and Restaurant in New Kingston yesterday afternoon, president of the Jamaica Football Federation (JFF) Captain Horace Burrell joined coach Theodore Whitmore and captain Tyrone Marshall in highlighting the importance of the match up.

The opportunity was also used to introduce the 23-member squad which only had room for one of the schoolboys who were invited to the camp, 19 year-old Glenmuir High and Sporting Central goal-keeper Andre Blake.

The match, which will get underway at 6:00p.m., has been identified as the starting point of the team's preparation for the 2014 FIFA World Cup in Rio de Janeiro in Brazil, and utility player Tyrone Marshall, who will be captaining the team is looking forward to

"They beat us in the Gold Cup even though I thought we had the better game but unfortunately we didn't put our chances away," said Marshall. "Hopefully come Sunday we will be able to correct that and get the better of them."

Marshall, who plays for the Seattle Sounders in the MLS underlined the importance of the game and also took time out to speak to the balance of the team.

"It's important for us to start the game right, especially playing at home. I don't remember the last time I played a game here in Jamaica so it's important that we come out and put on a good showing for the home fans and get them energised about the football," Marshall noted. "It's a mixture of a lot of the new faces which is important. It's good to bring in some of the young guys now and give them an opportunity to get international experience."

Coach Theodore Whitmore was also pleased with the squad and assured that his team is in the mood to start the campaign on the right footing.

"I'm very pleased with the squad it's unfortunate that we weren't able to get in a few more of the schoolboys but as I said I don't want to throw them out in the deep, but as time goes by they will be getting other chances," Whitmore noted.

The game will also be used to help the relief efforts in Haiti following the devastation of a recently experienced 7.0 magnitude earthquake, particularly around the damage suffered to the Haitian Football Federation, which has undergone significant loss of property and personnel.

Jamaica Football Federation (JFF) president Captain Horace Burrell announced that his organisation has partnered with the Salvation Army and will be asking patrons to contribute towards the initiative.

MLS sensation Ryan Johnson, who bagged 11 goals last season and was named MVP for the San Jose Earthquakes is also set to make his local debut for the national team.