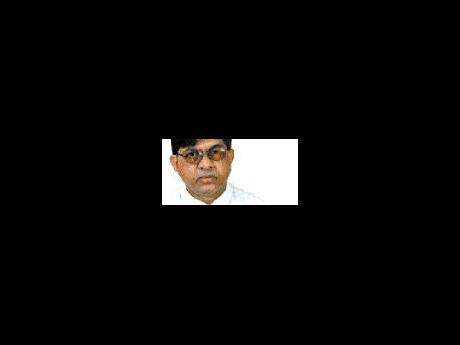 I spent the last three Sundays horsing around and though it was not exactly horseplay, I did not start entirely from scratch. I was actually helping a crew to videotape the horse races at Beaumont Park, St Kitts, the newest and most beautiful horse-racing venue in the Caribbean. It is carved into a hillside between a mountain and the Caribbean Sea - really a gem of a track.

In between races, I showed what is called 'horse sense', which is the intelligence possessed by horses that keep them from betting on people. In the meantime, another horse race was taking place - a political one - using the 'first past the post' electoral system. People were exhorted not to change horses in midstream and that there were horses for courses. There was even a dark horse in the race, but it proved to be one of a different colour.

I could not help but ruminate, not so much on the beauty of the venue or the horses in full flight, as on the contribution of horses to the English language. In fact, some can even speak it. A man's car stalled on a country road. When he got out to fix it, a horse in the nearby field came alongside the fence and leaned over next to the man saying, "Your trouble is probably in the carburettor." Startled, the man jumped back and ran down the road until he met a farmer. He told the farmer his story. "Was it a large white horse with a black mark over the right eye?" asked the farmer. "Yes, yes," the man replied. "Oh, I wouldn't listen to her," said the farmer, "she doesn't know anything about cars."

A horse was grazing just on the edge of the cricket strip at Warner Park and when the Windward Island cricketers came out to practise, he trotted over to the manager and asked for a chance to play. The manager, stunned by the talking horse, agreed to give him a try. The horse took batting practice and slammed some of the best bowlers out of the park. Next came fielding practice, and he stopped everything in the slips. Down at long leg, he was able to fire the ball to the wicketkeeper with amazing accuracy.

The manager couldn't believe it, "Now let's see you run." The horse said, "You not serious? If I could run I would be at Beaumont Park beating the Antigua horses."

There are a lot of other words and phrases that emerged from horse trading. For example, you are told that you should 'never look a gift horse in the mouth'. As horses grow older, it is possible to know their ages by looking at their teeth, so it is like getting a gift and asking the giver how much the gift cost. We refer to some item of gossip as 'coming straight from the horse's mouth'. This came from the fact that a smart horse trader would not take the word of the seller about the horse's age, but went straight to the horse's mouth.

"Eating like a horse" has been applied to a lot of people I grew up with, one of whom ate 24 large buns and cheese at one sitting. A horse has only one chamber in its stomach. In proportion to the total body weight, the horse's digestive system is only about one-third the size of that of a cow. This means that food passes through a horse much faster than it does through a cow or other ruminant, so the horse requires more food in order to obtain sufficient nutrients. Eating like that would surely make me so ill that I would have to go to what Barbadians pronounce as the 'horse-spittle'.

There are politicians I know who like nothing better than flogging a dead horse. There were the 'horseless carriages' or first motor cars. People shut the barn door after the horse has escaped and, even so, insist on putting the cart before the horse. We have the concept of horsepower - the unit of power needed to lift 165 pounds 27 inches high for one second. The average horse produces 10 to 13 units of horsepower.

Then there is the story about a horse breeder with a filly that won every race in which she was entered. But as she got older, she became very temperamental. The breeder soon found that when he raced her in the evening, she would win handily, but when she raced during the day, she would come in dead last. He consulted the top veterinarians and horse psychologists to no avail. He finally had to give up because it had become a real night mare.

Horse racing and politics have their shady sides. At one Christmas meeting, the jockey riding the favourite was well ahead of the field when he was suddenly hit on the head by a turkey and a string of sausages. He managed to keep control of his mount and pulled back into the lead only to be struck by a box of Christmas crackers and a dozen mince pies when he went round the turn.

With great skill, he managed to steer the horse to the front of the field once more when, on the home stretch, he was struck on the head by a bottle of sherry and a Christmas pudding. This put him off so badly that he could only place second. He immediately jumped off his horse and went to the stewards, complaining that he had been seriously hampered.

Tony Deyal was last seen saying that he had a horse that came in at 25 to 1. Unfortunately, the other horses came in at 12:30.