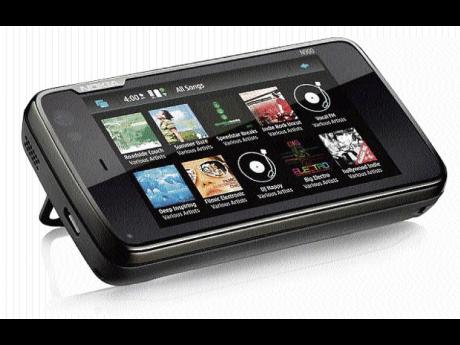 A few years ago, the term 'smartphone' usually meant the integration between a basic portable phone and an organiser/PDA to help keep individuals from missing their appointments. Nowadays, smartphones have advanced so quickly that they're on the verge of phasing out the traditional computer.

Finnish mobile giant Nokia have released the N900. Nokia markets this device not as a cellular phone but as an Internet tablet. With its monstrous specification sheet, there isn't much in the form of smartphones out there to compare it with.

The N900 virtually has every vital feature currently available for the trendiest mobile devices. So with a feature list, far too long to fit in one article, I'll simply list some of the unique features I found interesting after playing around with it.

Off the bat, it has 32GB of memory, which can be used to store thousands of documents and media files. About 2GB of the device's memory is dedicated to applications. With the addition of a microSD card slot to boost memory, up to 48GB of memory is achievable.

Additionally, there is an FM transmitter to turn the device into a mini radio station so it can wirelessly send music stored in its memory to any tuneable FM radio. With an active Internet connection, the device also automatically scans and downloads official updates and checks for firmware, alerting the user of any new developments to keep the device running at its best.

Stunning images and video are captured by a five-megapixel, dual LED flash camera with Carl Zeiss optics, and is displayed on a beautiful 3.5-inch, 16 million colour touch screen!

The N900 uses a panoramic home screen, which features up to four scrollable and highly customisable screens that can be fitted with shortcuts or links to just about any contact, application, site or features the user may need quick access to. This may drastically reduce the need to use the actual application menu.

For text input, it has a full slide-out QWERTY keypad as well as a virtual keypad and hidden stylus, if needed. The N900 runs on Nokia's latest Maemo5 OS, which is a Linux-based platform with 80 per cent open-source software, which means the N900 was built with software developers in mind.

There are already applications to run emulators for game consoles (e.g. Super Nintendo) on the N900 and others, which allow use of the N900's infrared port as a universal remote, so this device has massive potential.

With the browser being a major selling point, Nokia went all out to collaborate with Mozilla, and features Adobe Flash 9.4. That's right, a real Firefox browser on a mobile device which loads full web pages just as they would appear on a desktop PC with embedded videos and Farmville running right from your Facebook page.

The N900 is big on sharing and service integration, so all the popular chat/messenger services, image upload sites, e.g. Flickr, and social networks can be easily integrated into simple tasks. For example, taking a picture and uploading it to multiple services, simultaneously, with just the click of a button.

To test the true power of the hand-held, I comfortably ran over 20 different web pages and applications simultaneously. Pointless, I know, but I just had to see for myself. And, yes, they amazingly all worked without lagging. So to say the least, the N900 is certainly a capable device with true multitasking capabilities, the likes of which I have only experienced on a traditional computer.

This is all possible because at the core of this mobile marvel is a ARM A8 cortex 600mHz processor, coupled with a graphics accelerator and 1GB of RAM to handle even the most demanding applications.

Even though it's a bit on the heavy side compared to your average phone, the functionality of the device offers an unmatched mobile hand-held computing experience while still remaining portable and 'pocketable'. I am not going to say it's an iPhone killer, but it has definitely redefined what I previously thought a pocket computer should be.