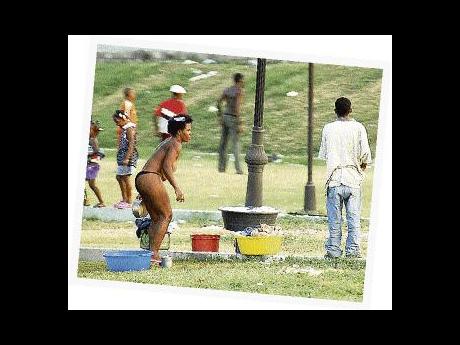 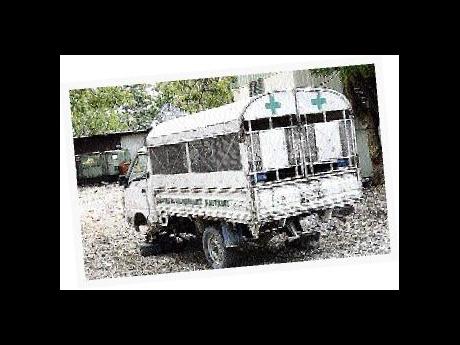 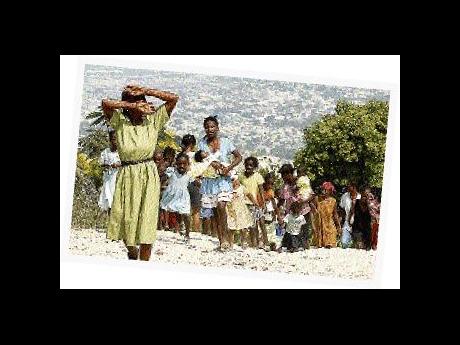 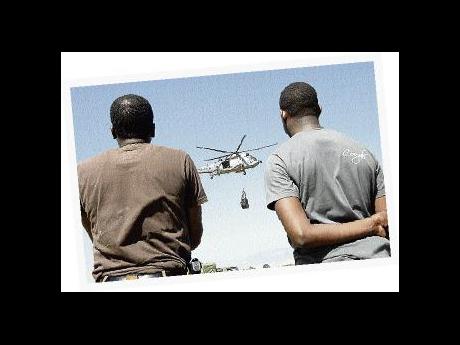 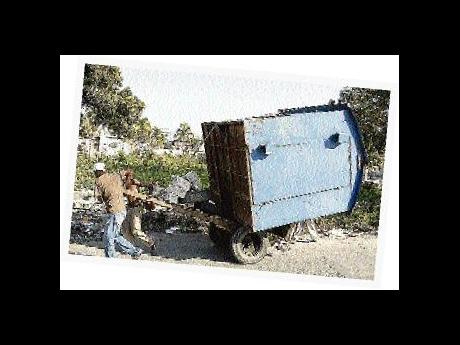 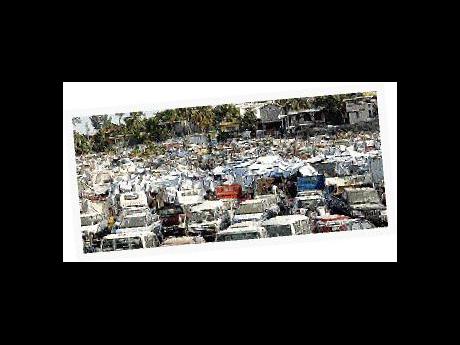 Gleaner photographer Ian Allen visited Haiti last week to cover the aftermath of the earthquake which killed more than 150,000 persons and displaced a million. Here are some of the scenes he captured.

The wave of destruction has forced Haitians into the most ignominious of situations, forcing some, like this woman, to bathe semi-nude in open spaces.

This ambulance stands as a poignant metaphor of Haiti's emergency and health services - wrecked and abandoned.

Displaced women and children trek towards a hillside community which stands against the backdrop of Port-au-Prince, Haiti.

One of many so-called tent cities that now dot the landscape of Port-au-Prince and surrounding townships.