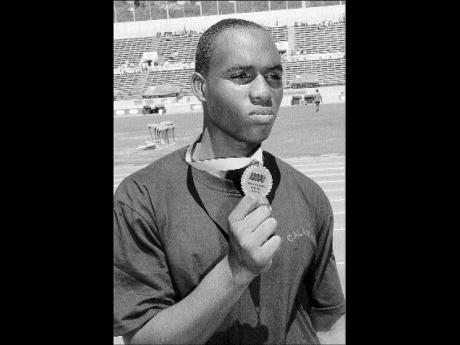 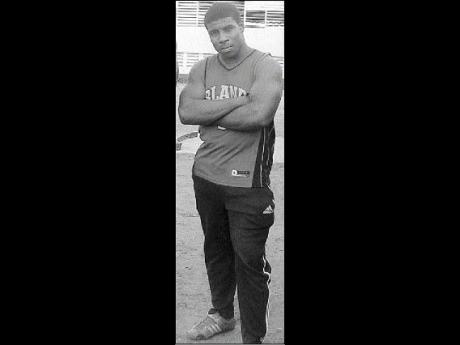 Two and a half years ago, CARIFTA champion Ashinia Miller was a weakling. Barely pushing 50lb off his chest, his strength and power was nowhere near to that of his more-seasoned colleagues at Calabar High School.

Now benching an incredible 365lb and with his overall strength and explosiveness improving daily, Miller finds himself in the middle of a friendly battle to earn a spot on his school's team to the GraceKennedy Boys and Girls' Athletic Championships in March.

The 16-year-old, last year's Class Two shot put champion, and who is in his first year of Class One, has as teammates last year's Class One shot put champion and record holder Randale Watson; World Youth Championship bronze medallist Traves Smikle; and Boys' Championships and CARIFTA bronze medallist, the vastly improved Chad Wright, who coach Julian Robinson believes is capable of winning it all this season.

But truth be told, Miller, who won both the CARIFTA Under-17 shot put and discus last year, has his heart set on competing at the inaugural Youth Olympics this summer.

"I want to go to the Youth Olympics," he said. "I think I have qualified (having thrown a record 17.41metres at Champs last year with a 5kg ball) and having thrown 17.19m with a heavier 6kg ball at the Big Shot Invitational last weekend."

At the Youth Olympics, if he were to make it, he would be throwing a 5kg ball. In training he has already thrown over 19 metres and is aiming at 21 metres by the summer. By March, with the 6 kg ball, he intends to be in the region of 18.70m, which could position him to not only make Calabar's team to Champs, but put him in contention for the gold medal.

That, however, won't be easy as defending champion Watson, who is recovering from a wrist injury, is beginning to show the form that made him champion last year. Watson hurled an impressive 17.23m uphill at the recent Big Shot Invitational at St Hugh's. He beat Miller by four centimetres. "He is a bigger, stronger, more powerful version of me," Miller said of his teammate. Well, at least for the time being."

The significant gains Miller has made over the last two years have come through sheer determination. Having started out way behind the other throwers, who when he started out were bench pressing well over 200lb, Miller became the first to break the 300lb barrier. But he still lacked overall strength and power and his coach put him on a programme that involved Olympic-styled lifts, including split jerks and hang cleans as well as some plyometrics and gradually his power began to develop exponentially.

"He did not get the explosiveness until the end of last summer," Robinson said, saying that Miller is still a long way off from fulfilling his enormous potential. By the time he is done, Robinson believes, further success at Champs will only be a stepping stone to potential greatness as he should be able to compete with the traditionally stronger throwers from the United States and Europe. "If he continues to improve at the current rate, he should be in a good position to make at least the top eight in the shot put at the 2012 World Junior Championships," Robinson says.