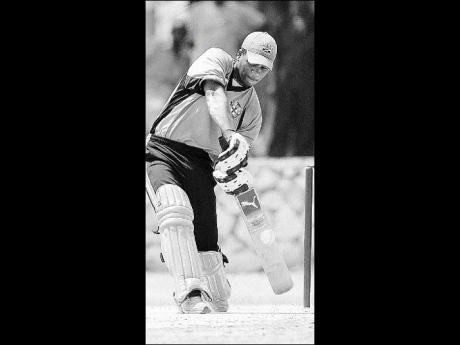 After choosing to field in the third place play-off at the Queen Elizabeth II Park, the Caribbean side magnificently responded to Sri Lanka's 291 for six off 50 overs with 294 for six off 48.3 overs.

The 17-year-old Cariah stroked 110 not out with six fours and three sixes and his inspirational century stand with fellow left-hander John Campbell (77) ignited the young West Indians' innings.

Banuka Rajapaksa (43) and Rumesh Buddika (34) got useful runs in the middle.

Pacer Nelson Bolan, claiming two for 74 off 10 overs, led the wickets for the Windies U19s but leg-spinner Cariah, with one for 34 off nine and pacer Jason Holder, one for 48 off 10, were the most economical.

West Indies U19s seemed condemned to defeat at the start of their innings when they lost openers Kraigg Brathwaite (0) and Trevon Griffith (1) cheaply and stumbled to six for two in the third over.

Cariah then linked up with Campbell and the pair played with authority to considerably resuscitate the Windies' innings.

Man of the Match Cariah reached his hundred off 118 balls with five fours and three sixes and added 120 for the third wicket with Campbell, who blasted his 77 off just 70 balls with six fours and four sixes.

"It was a brilliant innings by John," Cariah said.

"He stayed with me and played the actual attacking role and helped me play my normal innings," added Cariah.

Big-hitting Jermaine Blackwood lashed two fours and two sixes for 41 off 45 balls and Shane Dowrich gathered a rapid 33 off 28 balls with three fours and a six to keep West Indies U19s constantly in touch with the run-rate.

Cariah hit the winning runs with nine balls to spare.

"It was a bit difficult at the start because the ball was moving around a bit but once you got yourself in, it became easy," Cariah said of his innings.

Yannick Ottley led the West Indies instead of Andre Creary, who missed the game with a groin injury.

West Indies had lost their semi-final match on Monday to Pakistan, who will play Australia in today's final.

It was the second-best performance ever by a West Indies team at the youth World Cup, bettered only by their runner-up finish to Pakistan in Bangladesh six years ago.

Denesh Ramdin, Xavier Marshall, Lendl Simmons, and Ravi Rampaul were among the West Indies U19 players in a 25-run loss to the Pakistanis in that 2004 championship decider.