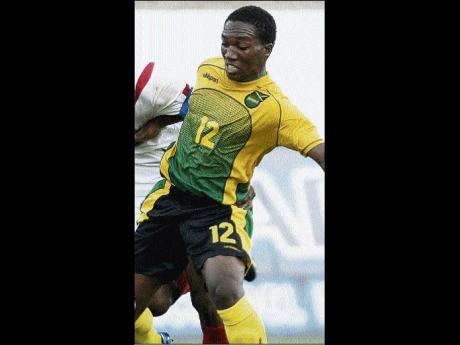 For young Tivoli Gardens striker Keammar Daley, tomorrow's friendly inter-national against Canada inside the National Stadium is the perfect stage for him to truly announce his presence in the senior team.

The 21 year-old former Meadhaven United player will be among the numbers when the Reggae Boyz tackle their North American rivals at 6 p.m., and like his throng of supporters he is hoping that he will get a chance to show his worth at 'the Office'.

Known for his impressive dribbling qualities and accuracy from dead-ball situations, Daley has matured from a leading schoolboy prospect after guiding Jamaica College to the Manning Cup crown in 2006, to one of the most talked-about players in local top flight football.

He, however, does not want to stop there, and has eyed a role in Jamaica's 2014 FIFA World Cup push. For him, the journey really starts with Canada, as after being called to the national squad on several occasions, the wily Daley believes that the time is ripe for him to prove his true talents.

Said Daley, "My hard work is paying off and to achieve in life you have to work hard and when the right time comes, if the Almighty says its your time nobody can stop that," said a rather philosophical sounding Daley. "So I guess it's just my time to shine. It's a great feeling (to be in the squad) I have worked hard for this opportunity and I just want to take it with both hands. Hopefully in the sight of the Almighty, all things will go well."

He also has a senior team goal to his credit after scoring the winner in a 3-2 triumph over Panama last year.

The youngster credits his hard work for his steady climb up the ranks and highlights his heightened sense of confidence as a major factor for his success.

Said Daley, "I have been selected to the national training camp and I have always wanted a spot. Each time I work harder and harder and it's paying off, hopefully come Sunday, I don't know what the coach has in mind, but I hope to give my best if given a chance."

He is however cognisant of the difficulties he must overcome and is wary of the fact that he must prove himself to be a worthy alternative to some of the more established players in the team.

"It's very difficult because everyone is competing for a spot, but I know my potential and throughout the past months or years that I have been around, the coach has also seen that potential. He mentioned to me last year that I am one of the types of players that he is looking for and with the motivation and the confidence level that the players and coaching staff give me, I know I can carry out this job," Daley added.