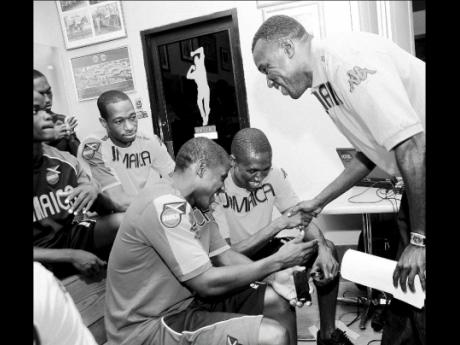 With several first-team regulars unavailable for selection, national head coach Theodore Whitmore believes tomorrow's encounter against Canada at the National Stadium will provide an excellent opportunity for the locally based Reggae Boyz to show what they are worth.

The fact that the country's first friendly of the year will take place on a non-FIFA date, all the players who ply their trade in the United Kingdom, and some United States (US) players, will not be released by their clubs for the match. However, Whitmore remains confident that the team will be able to give a good account of themselves.

"We have to understand that these players will not be available for every encounter and, in cases that they are not, we will need suitable replacements," Whitmore said.

"We have named 23 top players, and the squad that is assembled is more than capable of competing with Canada."

Following the Reggae Boyz's failure to make the World Cup in South Africa later this year and the team's dismal showing at the region's Gold Cup tournament last July, Whitmore and the Jamaica Football Federation (JFF) have targeted rebuilding the national team ahead of the 2014 World Cup in Brazil and the coach explained that tomorrow's friendly also fell within that scope.

"It (the Canada game) will also give our locally based players an opportunity to shine, to show what they have got.

"We are now in a rebuilding stage and looking to unearth new talent, so these games will give talented local players the opportunity to play," he said.

A part of the drive to unearth new talent had seen the national coach call up a couple of the Manning and daCosta Cups' most outstanding players to train with the Reggae Boyz.

However, while Whitmore admitted to being impressed with their performances, only Glenmuir goalkeeper André Blake made the final squad.

Canada was one of the teams which contributed to the Reggae Boyz's dismal showing at the Gold Cup as they defeated the team 1-0 in the opening fixture. While admitting that a bit of payback was in order, the national coach was simply glad for a game on home soil.

"Canada beat us in the Gold Cup, so we would like to get a little revenge: however, all home games are good as we get the opportunity to play in front of the fans," Whitmore said.

The teams last met on local soil for the final match of the World Cup qualifiers. Despite hammering a weakened Canada team 3-0, the Boyz failed to book a spot in the final round.