Of what use advocates and ombudsmen? 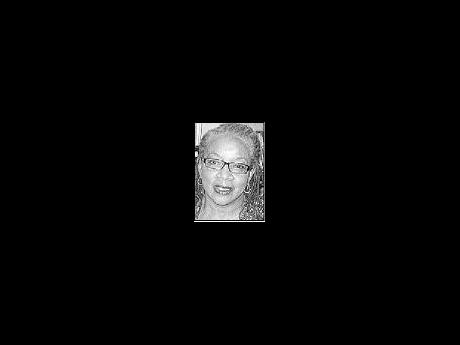 What do Bishop Herro Blair, Earl Witter, Greg Christie and Mary Clarke have in common? Despite the differences in job title: political ombudsman, public defender, contractor general, children's advocate, they all occupy positions that fall under the rubric of ombudsman, a more than 200-year-old office that reportedly originated in Sweden to defend citizen interests in cases of 'maladministraton' by public agencies and officials. They might also suggest that they occupy four of the most misunderstood and thankless positions in the country.

Human-rights group Jamaicans for Justice (JFJ) was recently reported as criticising the latest report of the children's advocate for its lack of forcefulness. The JFJ wants the children's advocate to "rock the boat" if all else fails in getting action from the authorities to protect the rights of children in Jamaica, especially those in the care of the state.

There are some important if mainly perceptual differences between our ombudspersons. We could put Herro Blair and Greg Christie into one broad category and Earl Witter and Mary Clarke into another. It is not accidental that the political ombudsman and contractor general are more visible and I would confidently guess more favourably viewed than the public defender and children's advocate. Yet, they all have essentially the same mandate: identify, investigate and make recommendations for correcting breaches in the management of pubic offices and conduct of public officials. Although their mandates are couched in the language of public administration, the work they do is fundamentally political.

I suspect that in the eyes of the general public, Herro Blair and Greg Christie are the ones who are seen as having the 'political' work to do as they seek to 'manage' the behaviour of those who have or are seeking electoral or economic gain.

Contractor General Greg Christie quickly won the respect and admiration of the general public as he established a profile for fearlessly uncovering every hint of corruption in the award of public contracts. As he moved in where others had previously feared to tread, people wondered aloud if he was not afraid for his life. On the other hand, I would guess that the public defender has little if any name recognition, and the children's advocate is developing a rather unhappy public profile. In both of these two last cases, the general public probably feel that these offices have little use. Yet, what could be more political than investigating and securing redress for individuals harmed by an uncaring bureaucracy and children whose rights are only just beginning to be recognised? The public defender and the children's advocate are charged with acting in the defence of those with the least amount of power.

In Britain, the ombudsman has been called an "ombudsmouse" by some observers, and the office described by campaign groups as "a cul-de-sac down which facts are lured and then quietly strangled". Apartheid South Africa's ombudsman was cited as "a typical case of the Ombudsman as placebo" and Botswana's ombudsman has been described as a "crusader without a sword".

In fact there is an ongoing debate about the precise role to be played by those occupying the position. Are they campaigners, exposing the wrongdoing of a heartless and corrupt administration and securing redress for the disadvantaged? Or are they advocates in the classic sense of the word, using their learning and knowledge of the system to mediate between aggrieved parties and negotiate changes when and where they can?

Another issue is whether an ombudsperson should have the power to enforce his or her recommendations. This was obviously the sentiment behind the JFJ criticism of her seeming inaction when they noted that the children's advocate has the same power of a Supreme Court judge. It is true that all ombudspersons have this status. However unlike a Supreme Court justice their conclusions do not have the force of law. Indeed, even Christie has to send his recommendations to the director of public prosecutions to determine whether legal action should be brought against an offending party.

But let us get back to the question of whether the recommendations of our ombudspersons should be enforceable. There are those who argue strongly against this option: "The ombudsman is an impartial officer of Parliament, who answers directly to parliamentarians. He or she is the ultimate public servant, unburdened by any political agenda or special interests. The ombudsman is tasked with conducting impartial investigations into issues of government administration brought forward by citizens or on his own motion. The ombudsman cannot tell governors what to do. He cannot impose a solution, but he can recommend a resolution, not only to address individual grievances, but also to promote broad policy change with the potential to positively affect thousands - if not millions - of citizens" (Marin, 2009).

In thinking about the performance of the occupants of the various posts of "public defender" in Jamaica I have come to realise that enforcement is only one of several issues to be considered. How much independence can these persons have if for example their budgets and establishments are not matters of public debate and record and they have no guaranteed funding from one year to the next? There is also the question of what being appointed by Parliament means for a public defender being able to collaborate with citizens groups in securing necessary change.

If we again refer to the CG's style of operation we note that he makes effective use of the media, and must have one of the most up-to-date web-sites in the public sector. I wonder if Member of Parliament Gregory Mair would still encourage the children's advocate to "champion the cause of children" if she had called a press conference to denounce the Government when it side-stepped its duty to keep children separate from adults by simply placing a notice in the Jamaica Gazette declaring that the Horizon Adult Remand Centre was now a "place of safety" for children as well?

We have a long way to go before we have a government that develops the capacity for self-regulation and is open to criticism. Perhaps ombudspersons can be instruments in making that happen, or perhaps they will indeed be little more than a facade, satisfying the demands of foreign donor organisations, but doing little to advance the true interests of the country's citizens.

If they have not done so before, I would like to encourage all the holders of posts intended to protect the public from government "maladministration" here in Jamaica to consult with each other and with the publics they are supposed to serve.