Ebb and flow of oil prices 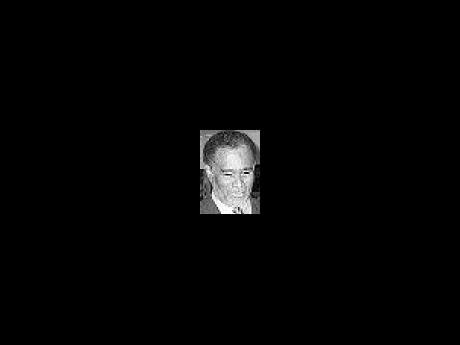 Last January anxieties ran high about impending economic doom as world financial and commodity markets plunged. Locally, announcements about the closure of alumina plants sent shock waves through the economy. These were amplified by reports of falling remittance flows and fears that the tourist industry would suffer serious decline as unemployment levels in the US rose sharply. But there was another side to this bleak economic picture.

The other reality was that as the world's economies contracted, the demand for oil slid and with that prices nosedived - good news for oil-dependent economies like Jamaica. This was the upside of the crisis for Jamaicans as they got a respite at the gas pumps and in their electricity bills. In my own case, monthly electricity bills which had jumped nearly 50 per cent between January and August 2008 went back down to the mid-2007 levels by early 2009. These movements were reflected in the fuel charge which virtually doubled between mid-2007 and July 2008 when oil prices peaked.

climb out of recession

At the gas pumps, prices fell noticeably as billings prices for 87 and 90 gasolene dropped from $78.43 and $79.87, respectively, at the highest point in July 2008 to $47.16 and $48.60 by the end of December 2008. These represented savings of almost 40 and 39 per cent, respectively. The irony is that as the world economy stabilised and the major countries began to climb out of recession, oil prices rebounded.

By the end of 2009, as it became clear that OPEC was determined to keep oil markets from going into oversupply, prices climbed further and were nearing US$80 at the beginning of 2010. They have since slipped to under $75 influenced no doubt by the news that the Chinese authorities have begun to tighten credit in an attempt to prevent overheating of their economy. Nonetheless, there are strong indications that with recovery under way in all European economies, North America and in the main emerging markets, demand for oil will continue to pick up this year.

We should, therefore, expect prices to remain in the US$75-US$80 per barrel range which is being targeted by OPEC. For Jamaicans, this means that the one-year period of relief is over. Indeed, the ad valorem tax which took effect on January 1 has put gasolene prices beyond the July 2008 highs. My electricity bills have also been rising sharply since mid-2009 and I expect that the combination of the recent rate increase and the newly imposed GCT will push them beyond the 2008 high point. The energy charge had in fact increased by over 50 per cent between mid-2009 and the end of the year.

Having lost the benefit of the cost savings from cheaper oil prices on our light and gas bills, the obvious question is whether we can expect an early turn in the economy. That appears unlikely given the further contraction that is bound to follow the tax measures of last October and December, the debt exchange that will remove maybe a near net $30 billion of income from the private economy and the belt tightening by the public sector. Where can we look for countervailing momentum to push the economy out of the rut?

In the recent past, heavy investment flows in the bauxite and tourism sectors combined with robust increases in remittances have boosted demand and employment. As the global economic recovery gains strength, we are likely to see some movement in the bauxite industry. The timing and extent of a turnaround will be dependent on whether demand for aluminium continues to improve. This will be evident in the coming months but Jamaica should be among the countries that are on the shortlist for plant reopenings.

Investment projects in the tourism sector were put on hold as the worst of the recession was felt last year. World Tourism Organisation projections indicate that travel will begin to rebound in 2010 but modestly. While Jamaica's tourist arrivals increased by over 3.0 per cent in 2009, our major markets except for Canada are still soft and investors are, therefore, likely to require more lead time before fully embarking on the implementation of another round of projects. Some infrastructural works for major projects are, however, likely to get under way.

Remittances have been a big driver of local economic activity since the mid to late 1990s. With the US economy still struggling to shake off the highest unemployment level in nearly 30 years, the recovery in remittances will be moderate. An increase over the 2009 figure is likely and this will shore up consumer spending and foreign-exchange inflows but only modestly.

What can we expect of the local private sector? Much emphasis has been placed on lower interest rates as the critical variable in the effort to boost domestic investment. The debt exchange should serve to drive rates down at least initially if banks are predisposed to cutting their spreads or at the minimum passing on some of the benefits of the lower interest costs on their deposits. This hypothesis is about to be tested and I am ready to observe. More important, the results will affect how the Jamaican economy performs in the period ahead.