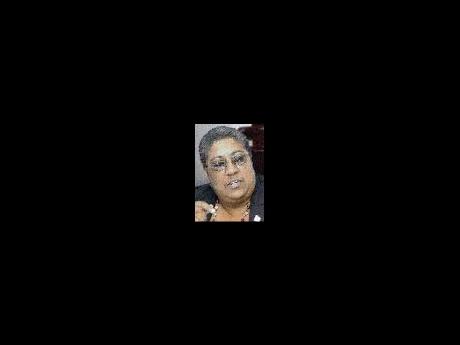 As I sat in Gordon House last Tuesday night listening as the Prime Minister made his contribution to the debate on the Government's economic strategies, I was struck by the thought that the PM has an extraordinary talent for explaining facts that we already know. In his rambling, wide-ranging address, Golding shared with the nation essentially the same information which he has used in his numerous addresses over the past few weeks to various stakeholder groups.

This information has been widely circulated in the media, and has been supported by a plethora of detailed information/data, which has been placed in the public domain by the Ministry of Finance and the Bank of Jamaica, on the Jamaica Debt Exchange and the Government's letter of intent to the International Monetary Fund (IMF). The Government needs to be commended for its willingness to be open and transparent in this regard.

However, I think that Golding will, in hindsight, rue the fact that he did not use the opportunity presented in the debate to deal decisively with a number of issues that will affect investor confidence going forward.

Let us make no mistake about it - the Jamaica Debt Exchange Programme (JDX) marks a fundamental shift in the relationship between the Government of Jamaica and its creditors. The majority of Jamaica's public debt stock - both domestic and external debt - is owed to Jamaicans residing in this country. In essence, over the years the Jamaican saver has been willing to place his/her hard-earned savings with successive governments - JLP and PNP - because they were sure that they would be repaid in full and on time. Year in year out, Jamaican governments have been able to successfully raise the funds it needed from the capital markets, with Jamaican investors leading the way.

The JDX changes the rules of the game. And the manner in which the prime minister and the minister of finance have sought to deal with the issue of "free riders", and the veiled threats about punitive actions to be taken against entities or persons that do not take up the JDX offer, will not help to engender investor confidence.

During the debate, Golding could have used the questions posed by the Opposition spokesman on finance to deal with some of the troubling issues confronting us at this time. These include the following:

1. How is it that the technocrats at the Ministry of Finance got the original projections on interest payments so wrong in the Budget Estimates laid in the House last April? It is now clear that rather than an underestimation of $16.7 billion, as detailed in the First Supplementary Estimates a few months later, the actual figure will be closer to $25 billion. How did they get it so wrong, and what assurances can we be given that this will not occur in the future?

2. How did the administration get the revenue projections so wrong over the past two years? The nation has been treated to the embarrassment of three separate tax packages being levied in the space of an eight-month period. What assurances do we have that the most recent estimates for additional tax revenues will be attained through March 2010? What are the consequences if we get this wrong, given that the first IMF test will be on March 31? Is there any wiggle room involved?

3. Is it true that the Bank of Jamaica (BOJ) was an active participant in the recent Treasury Bill auctions? Will the BOJ have to actively enter both the financial markets and the foreign exchange markets in the near term? And, if so, what impact will this have on the net international reserves and exchange rates prior to the drawdown on the IMF funds?

4. Why is it that the inflation target for the upcoming fiscal year 2010-2011 seems to be a moving target over the past few weeks, despite the fact that the technocrats have had over eight months to get this right with the help of the IMF staff? What are the assumptions underlying the new assumption of inflation in the range of 7.5 to nine per cent for the fiscal year?

5. What is the level of arrears in central government, and what other major off-balance sheet items will have to be brought onto the Budget in the upcoming fiscal year? As it stands, the decision to take on board $27 billion in capital expenditure budget, to cover redundancies and other closing expenses re Air Jamaica, will wipe out the majority of the net savings realised in the JDX exercise (less the tax on interest foregone).

6. Finally, what happens if, despite the JDX, the sale of Air Jamaica and the massive tax package, we get it wrong? What if the BOJ finds it difficult to maintain macro-economic stability and interest rates start to trend upwards once again, and the dollar begins to slide? What will be the consequences? What if there are failed financial institutions?

It is obvious that we are on a slippery slope, and this is the time for inspired leadership. Golding missed an opportunity to step up to the plate during the recent debate.

R. Anne Shirley is a financial analyst. Feedback may be sent to columns@gleanerjm.com.